The International Institute for Population Sciences (IIPS), Govandi, Mumbai, is an Institute for Training and Research in Population Studies established in 1956. Since 1985, it has been declared a Deemed University by the Ministry of Human Resource Development, Government of India. The predominance of upper caste students has established a strange animosity and the harmony is shallow or may be even superficial. This hypocrisy is systemic or rather inherent in many of the students and staff.

About two weeks before Ambedkar Jayanti, we (Ambedkarites – mostly dalits and a few upper caste students) noticed that an exam is scheduled (schedule published while the academic year began) on this day. This institute professes that its mission is to work for emerging national and global needs based on values of inclusion, sensitivity and rights protection. This situation clarified for us the difference between mission statement and the reality.

We drafted a letter to the institute’s director for rescheduling the exam and declaring a holiday on Ambedkar Jayanti, Celebrating someone’s Jayanti is a symbol of assertion of their ideologies. The central government has listed Ambedkar Jayanti as a restricted holiday, so institutes can decide whether to declare it as a non-working day or not. After drafting the letter, we approached more students for their signatures of support. This is when we faced the various responses that people wished to share. Some were not aware about Ambedkar Jayanti while a few apparently did not know of him. There were a few who initially expressed resentment saying that it has nothing to do with them, some eventually signed though.

When we reached the Director’s office, we were informed about the possibility of a circular from the central government for this change (eventually, Government of India declared a national holiday). Our convictions were clear that this issue needed serious attention. The message we intended to convey was that such negligence (read discrimination) of not allotting a holiday by default has to be changed. The struggle for expressing this demand and achieving it should happen only once. Basically, demands like this could not be made in a ‘democratic’ set up like ours. 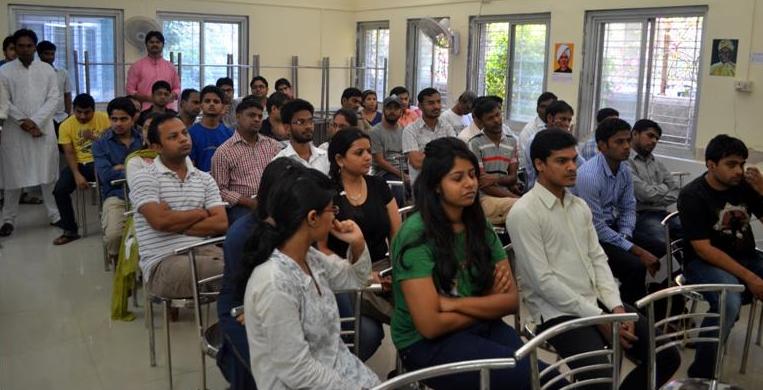 During course of event

The revised time-table was dangling on the notice board when we were out of the exam halls after our first exam. Exams were rescheduled with holidays declared for Ambedkar Jayanti and days of polling in Mumbai. One of the exams was much earlier than in the initial schedule. Meanwhile, for some students two exams were scheduled on the same day as per the new time-table. This resulted in unrest and panic among students. Some of our classmates (co-incidentally upper-caste only, not all though), who initially displayed support, blamed the letter submitted for these unfavourable changes. We were shocked to see that they now wanted the exams as per initial schedule. This scenario was a disturbing one. It became more disturbing when we approached the course co-ordinator. Even he was of the same opinion as our classmates who withdrew the support displayed earlier. Further, he expressed concern and displeasure about the letter submitted with the signatures, saying it exhibits a ‘wrong picture’ of the institute. Although, he generously contacted the director immediately to convey the concerns raised, his stand that such a letter was uncalled for, didn’t change. This time around a new schedule with common consensus was also suggested to the authorities. Eventually, we managed to reschedule the exams as per common convenience.

In this situation many of us were motivated and determined to celebrate this year’s Ambedkar Jayanti in IIPS. The ideas of celebrations revolved around discussing activities like worshipping the thinkers more than practising or propagating their thoughts. The celebration should be independent of the usual series of events like, lighting a lamp, flower garlands, and other irrational rituals, it was felt. Focus has to be driven towards sharing the ideologies and relating them to the current scenarios. In this process, music can be a great catalyst. Songs of liberation, equality and protest against oppressions help in not only grabbing attention or attracting curiosity, but even making a definite impact. This was our approach to counter the existing ideas of celebrations. 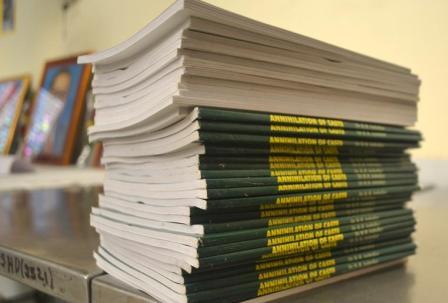 In the case of our institute, celebrations were usually confined to the limits of mostly Hindu, rather Brahmanic and male-dominant norms. Another request for approval to use the dining hall for the celebrations was drafted. The co-ordinator wanted the event to be apolitical, strictly meant for students in the hostel only. He even went on to ensure that no one delivers a hate-speech before the approval was granted.

Dining hall of IIPS was chosen as the venue for celebration of Ambedkar Jayanti.

Initially we planned to distribute copies of ‘The Annihilation of Caste’ to all the students and staff of IIPS. This book was chosen for its brilliance in making one aware not only of the erstwhile but also the contemporary brutalities of casteism. Apart from that, it was an affordable option. During the discussion, a few students who had spent a couple of years in this institute were sceptical about distributing books to the faculty. According to them it might offend the faculty and impact the students, academically. However, the fact that this would strengthen the belongingness among the ones struggling against inequalities and also give the rest an opportunity to read what they were deprived of all their lives, was considered important.

For us, Ambedkar signifies a struggle against all forms of inequalities. These struggles were led by many reformers and leaders of different regions over time. The fact that, people from different regions can connect with the leaders and movements of that particular region, was on our mind. Pictures were printed and brief descriptions were written, of about 14 personalities. They were put up for display in the dining hall and the hostel lobby.

One of the faculty members and a few enthusiastic students spoke about Ambedkar’s ideology. His relevance today, his thoughts on the economy, feminism, and contribution to democratic governance, was discussed by the students. Meanwhile, the faculty spoke about his ideas from a demographic point of view.

The book stall helped us understand which section of the students was interested, aware, happy or indifferent about Ambedkar Jayanti. The stall was set up near the lift, so immediate reactions could be spotted. Audience who turned up for the event were mostly dalits, minorities and very few (result of the system’s and our failure) women were also present. The remaining books from the stall were distributed among the staff members of the institute. In the process, we encountered various kinds of responses. Some expressed surprise about something of this sort happening in the campus. There were a few who apologized for not being there. One of them even suggested to us another compilation of Ambedkar’s life and teachings while expressing pleasure about the event. These differences are being mentioned not to talk about the attitudes of particular individuals, but to basically highlight institutional structures which are designed to accept and empowered only a select few.

All these proceedings painted a clear picture about the casteist mentality prevalent among the students and staff of this institute. The importance of upholding the ideals of human dignity needs reassertion. The ‘Jai Bhim’ greetings felt more vibrant and touching to everyone who uttered it. We are happy about whatever we did, but not the content. A common arena has to be set up, one which can provide equal opportunity and say for everyone; to learn, share and celebrate. There are many more things to know, thoughts to think and goals to achieve. 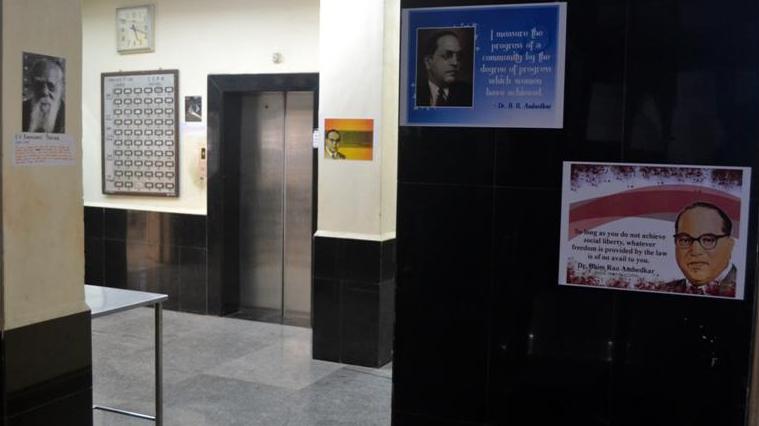 Video links of speeches and songs from the event: 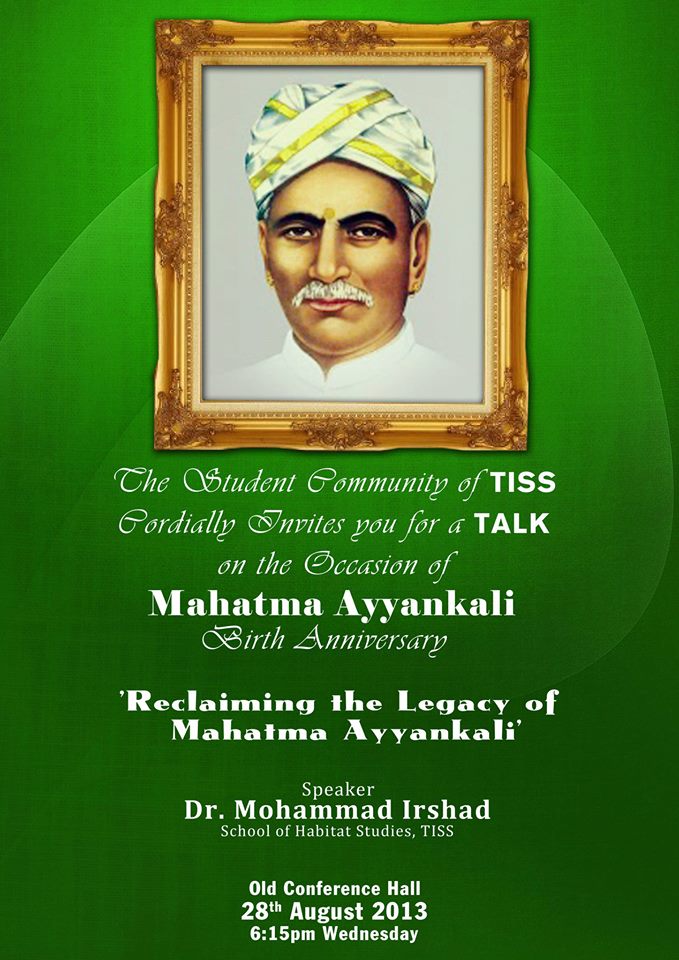 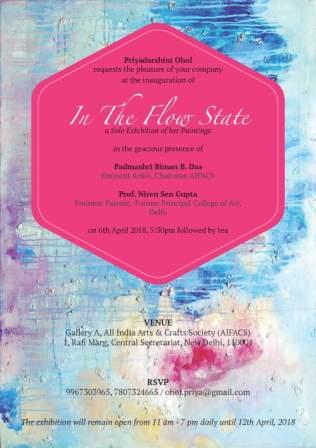