Brahma Satyam, Jagat Mithya: This is one of the three slogans the Adi Guru Shankaracharya had offered while according “religious” cover to the Chaturvarna order in the early ninth century in India.  Shankaracharya was born in Malayali land and was an accomplished myth maker. According to him, “The world is not real, real is only Brahma.” Then he went on to elaborate how things we see are only reflections of Brahma.

When the elephant had disappeared, they commenced on their journey once again. While they walked, one of the disciples is said to have posed an uncomfortable question to the guru: “Sir, if everything is unreal, why did you run from the elephant?” Came the reply, ” My dear disciple, like the elephant, the very act of me running away was also unreal!”

The great myth maker was born in today’s Kerala and it could be only coincidence that Malayalam society is wrapped in several layers of myths still waiting to be decoded. One of the myths about Kerala is the egalitarian nature of its society. Modern day Kerala came into being in 1956 under the States Reorganisation Act when the princely states of Travancore, Cochin and Malabar merged into one. In the first Assembly elections, the communists, under the leadership of EMS Namboodripad came to power – the first time communists ever captured power through the democratic process. Since then, the communists and the Congress have ruled over the state for an equal number of years.

The communists are said to have unleashed a series of radical land reform measures, making Kerala a model state of social and economic equity. The Noble laureate Prof Amartya Sen lauds Kerala’s land reform policies in his famous book India: Economic Development and Social Opportunity. In fact, to understand Uttar Pradesh’s backwardness and the highly non-egalitarian nature of its society, he picks up Kerala for comparison and shows how the sheer emphasis on education and land reform has turned Kerala into a model state. The Left intelligentsia has, over the years, painfully painted Kerala’s land reform measures as ideal.

But the 30-year-old and unschooled Ms CK Janu, a tribal woman of substance, has managed to nail the lies of not only Prof Sen but also of the country’s entire Left intelligentsia. After over two dozen Adivasis died of malnutrition and hunger in the state, she, under the banner of the Adivasi-Dalit Agitation Committee, launched a movement at the state Secretariat in Thiruvananthapuram on August 30, demanding land rights. Her movement emerged victorious when the embarrassed state government, last week, conceded to the demand of allocating four acres to each landless Adivasi family. In the bargain, the legendary Ms Janu’s recent movement contains the possibility of re-defining Dalit movements all over south India.

The question is: what prompted the Adivasis/Dalits of Kerala to raise the question of land reform in a state which, according to Prof Sen, has already implemented the ideal land reforms? Where do Kerala’s Dalits/Adivasis stand vis-a-vis other Dalits/Adivasis? Consider this:

The above table establishes two points most emphatically. One, that in comparison to UP (It has a negligible tribal population) and most of India, it is only in Kerala that more than half the SC/ST population consists of landless agricultural labourers. Two, the index of inequality is much too high in Kerala. For instance, in Kerala, the difference between SC/ST and non-SC/STs in terms of proportion of landless labourers is 33.01 and 34.69 per cent, whereas in UP, the difference works out to 25.73 per cent. At the all-India level, the difference is 29.40 and 13.33 per cent. What do we conclude from these figures taken from the census of India? That, in Kerala, a land of reforms, the condition of SC/STs is worse than in areas known for their backwardness and lack of land reforms. And why has Prof Sen in particular, and the Left intelligentsia in general, not told the nation that the land reform policies of EMS Namboodaripad, whom some call the Lenin of India, were more hostile to SC/STs than land reform measures elsewhere in the country?

Ms Janu’s movement must be thought of as an eye-opener to other things as she has decoded only one aspect of the myth surrounding the Kerala model of development. The Dalit intelligentsia has the daunting task of unmasking such myths. 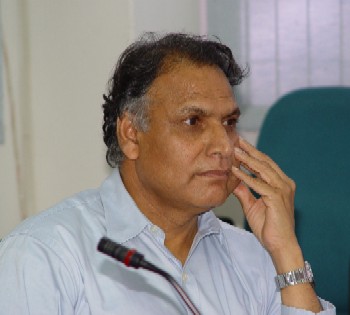