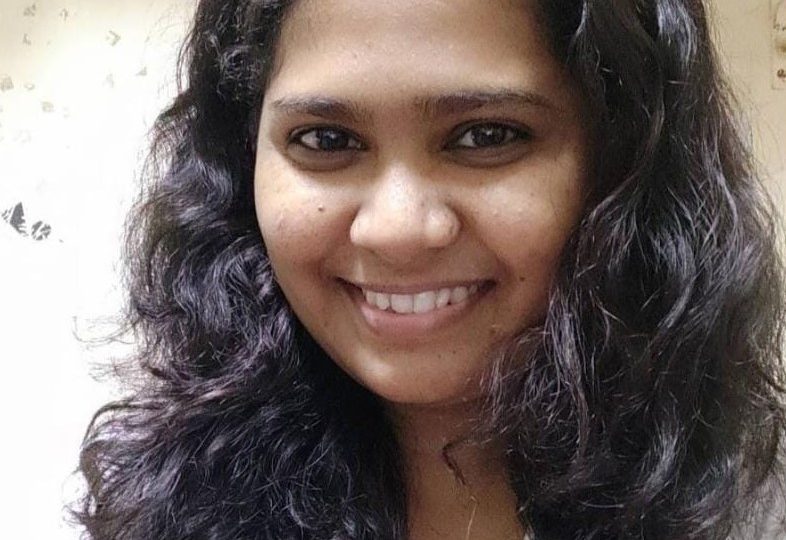 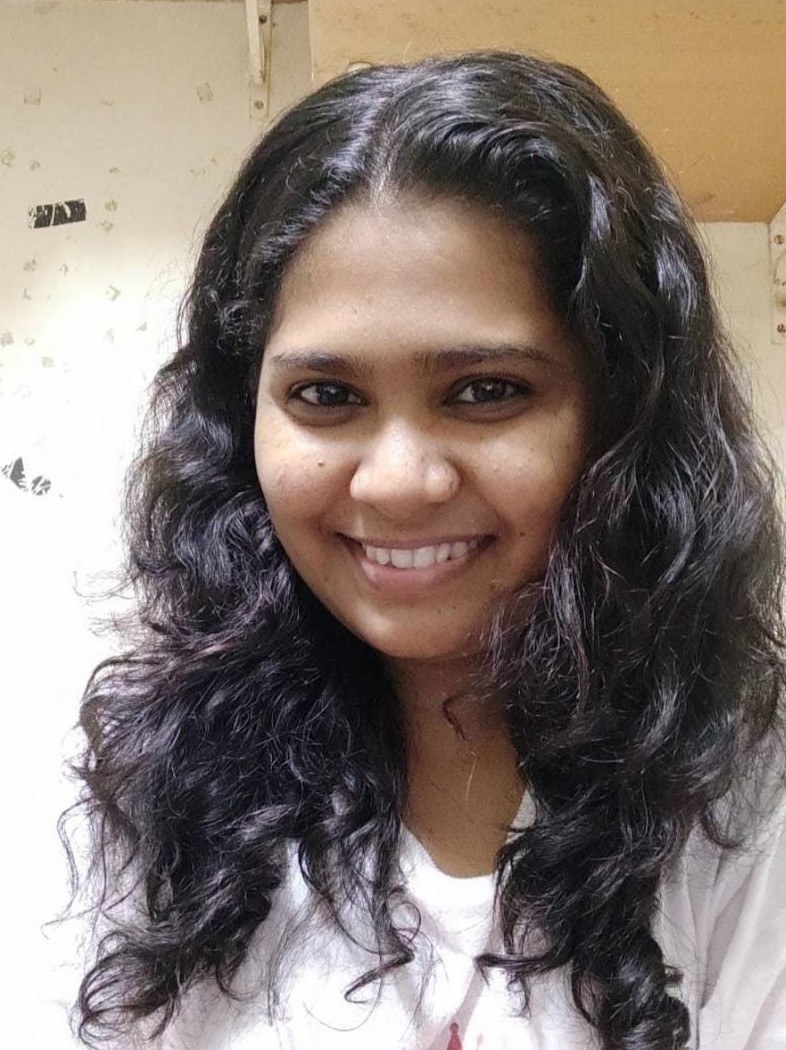 In Baburha village, Unnao district, of Uttar Pradesh, a horrific incident of atrocities against Dalit girls has once again come to light on February 17 (many such incidents happen every day which do not come to light). Three minor girls who live in a Dalit locality, went to fetch fodder in the field in the afternoon. The girls did not return home after a long time, so the family started searching for them in the evening. Then, as usual (like a kind of legacy in Uttar Pradesh), the girls were found tied in the field and unconscious. Two of the three girls were declared dead and one was rushed to a hospital in critical condition after villagers took her to a public health care centre for treatment.

According to the Hindustan Times, Superintendent of Police Sureshrao Kulkarni, who was present there, said that they died due to poisoning. But the same report shows that there is something serious about the different testimonies of individuals in the victim’s family. As the victim’s brother says in a video, when the girls were found, their limbs were tied with the help of their stoles. So the question arises that if the hands were tied, how could the girls poison themselves? In the second video, the victim’s mother is seen saying, “The girls’ hands were not tied, and we have no suspicions on anyone” (this statement needs to be verified to make sure that this statement was not made under any pressure).

Also, according to the ground report of BBC Hindi, the mother of the second dead girl said that the three girls were found tied up in a double. So from all these complicated statements, it is clear that this case is very serious.

The method of oppression of Dalit women in Uttar Pradesh

A report published by Swabhiman society says 10 Dalit women are raped every day in India, and the conviction rate is only 10%; and 60% of the times the survivor or family was pressured to withdraw from pursuing a legal case.

Exploitation, atrocities, and rape of Dalit girls/women have started in Uttar Pradesh like a cruel and ruthless tradition. When girls from Dalit communities go out for work, it becomes a quotidian thing for them to be tortured, gang-raped, killed in the fields, hanged from trees and so on. Currently, I am getting upset after hearing such frequent news. Even as we await justice in the Hathras case, this horrific incident hits us. This is the question of the birth of Dalit women, their existence, their survival, their safe place of work and also of all the human race and of human beings who have failed to form a society based on humanity.

I want to ask this question to every person who gives the so-called title of mother to every woman, in which women you see your Durga Mata? Or do you think that only upper caste women seem to be equal to Mother Durga? So where do you think Dalit women have a place? In our society bound by our Constitution which says that a person cannot be discriminated against on the basis of their caste, religion or gender, why do Dalit brothers and sisters still have to face atrocities? The administration or the people seem incapable of considering all these questions!

The leaders who have criminal offences on them are elected for their caste and the people of the Dalit community are oppressed on the basis of caste. The question is how much people and the administration can understand the lessons of equality in such a situation.

A similar incident took place in Baburha village in September 2020 in the state of Uttar Pradesh, the so-called Hindu Rashtra under Yogi Adityanath. In fact, in that case, action should be taken against the officials who were involved in suppressing the incident, rescuing the accused and cremating the bodies. This is because we see the repercussions of how a Dalit girl was raped by upper caste men in the Hathras case and the efforts made by the local government and the police administration at the behest of the government to back the accused in the Baburha village in Unnao district.

Today, once again, the legacy of what happened in Hathras village in Unnao is the result of atrocities against Dalit women like Hathras or many other that have taken place in the past. And in similar cases, if the victims had received justice on time, the accused would have feared the courts. But the administration’s efforts are spent in trying to save the accused or the people who are the accused themselves are in power. At the same time, if the guards chosen to protect the people are dancing to the tune of the accused, then the issue of how the people should protect themselves is also a matter of concern. eg. In Hathras, the body of the victim girl is inhumanely cremated in the middle of the night by a stern police force, deployed as a plunderer to destroy evidence of the alleged rape of a Dalit woman by men from the Thakur community.

Incidents like this are still happening and will probably continue to happen, as it is clear that no action has been taken yet after the Hathras case. As no action is being taken against these atrocities, the upper caste goons are receiving an open declaration that even if they commit atrocities on Dalit girls/women, no action will be taken or no severe punishment is meted out. On the contrary, the government and the police administration will support these goons.

A crime like caste atrocities is committed when its perpetrator is sure of several tiers of protection. In case of the Hathras gangrape, the atrocity was not limited to rape of the victim but it continued after that. The police refused to register the FIR till the 10th day of the incident. The 19 year old girl could not get good medical treatment, as a result of which she could not survive. She died on 29th September. The atrocity continued even after her death. Her family was not given the custody of her corpse and Uttar Pradesh police cremated her body at 2:30 am without the knowledge and consent of her family. If we compare this with the 2012 rape case in Delhi, the victim was taken to Singapore for treatment. Her family got the support of police and media and the accused was given death penalty as punishment.This shows that upper caste women are victims of patriarchy in the caste society, but oppressed caste women are victims of caste and patriarchy both.

Question to the civil society

When it comes to responding to the brutal atrocities that are taking place these days, some groups want to go to the scene and politicise the issue only when such incidents happen or bogus journalists want cover the story in the name of the victim’s caste, religion, and they decide the importance of this news and which space should be given to this news.

The questions that need to be asked are those of the women in the mainstream women’s movement who are raising their voices on various and in some ways, important issues e.g. Be it “prevention of sexual harassment at workplace” or Metoo Movement. But, on one level, it seems that Dalit women are being exploited, abused and raped in the workplace every minute and every day by upper-caste people. Is anyone raising voices against these exploitative atrocities, is the “women’s commission” working for women’s rights raising this question? or they have just adopted the method of expressing “rage” through social media after such incidents?

Another question is, what about the various social organizations working on women’s issues? some of which have a fundamental role to play, they say “the mindset must be changed”, then what about the mentality of perpetrators of atrocities on the mere basis of caste and religion?

Some of the upper caste documentary makers or researchers, as soon as something like this happens, reach out to the families of the victims in the Dalit slums and find authentic topics in their name for the research and documentary. They publish articles, books or make a film in their name when they find a new authentic subject for research. My heartfelt request to them is that they should study the ideology of the perpetrators and put aside their illusions about the present victims and dare to present to society what is the mentality of upper castes who perpetrate or support these heinous acts. Or why shouldn’t different scholars study and write papers on the ongoing exploitation by the upper castes? Where exactly does the mentality of such exploitation come from or which ideology is it exploited? Why shouldn’t it be understood through studies?

To whom exactly should we ask for the answer to this situation and how often? Because the government in power is only interested in making slogans like “Save the daughter, educate the daughter”, but it does not seem to have any interest in taking action against atrocities against the same daughter. On the contrary, they are actively working to divide people in the name of caste and religion.

In conclusion, I would like to remind you of the inhuman incident Khairlanji Massacre 2006 that will never be forgotten. That is when the atrocities against Dalit women were in a public place and were seen by other women with open eyes. Yet, the women in the Khairlanji case did not dare to stop the act. When you think about these women, do you think that the theory of sisterhood in feminism is limited to academics only? Because in reality, these incidents show that people do not rush to help.