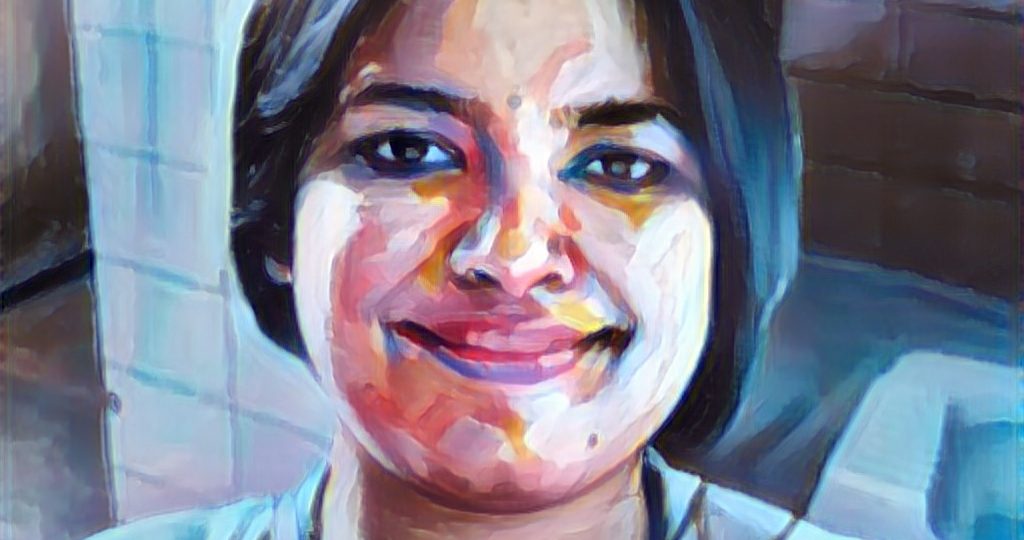 Beaten, sexually assaulted and yet kept struggling: the story of Pragya Akhilesh, also called the ‘Toilet woman of India’ and ‘Omvedt of Bihar.’

On the streets of Araria and Begusarai, she scares not only the SBM officials with her record breaking data on toilets showcasing 1.3 lakh dry toilets in only these two districts but also Narendra Modi who claims to build a toilet every 2 seconds in India. Starting next Monday she will be launching her report on 24 states (a state a week) in India called the ‘Toilet Gate Series’ in an online publication.

While Arundhati Roy and Medha Patkar are highly celebrated women, Gail Omvedt and Pragya Akhilesh who have silently held hands of Dalits, Bahujan and Adivasis are still unknown to today’s media. It was only after Gail’s death that India highlighted her academic contribution paralleling her lifelong activism. Yet, versions of plays like Neela Phool, Ambedkar v/s Gandhi, Khamosh! Bhim Jaari Hai, Sisters of Savitri, Ambedkar’s Cats have been performed in every university campus across India in the last 11 years are unheard of and never written about. It is true that Gail started the unbrahmincal and anti-caste revolution in India but women like Akhilesh carried it in the hearts of thousands of young students like me when we joined University from small towns in India. While we read Roy’s loud commentaries on Annihilation of Caste and witnessed Patkar’s tribulations taking the centre stage in every movement, sociologists like Gail Omvedt silently contributed to India’s journey by building the prologue of anti-caste literature.

Pragya Akhilesh carried this on the ground for 11 years, sometimes performing 8-9 street plays a day in 2013 in Delhi. For integrating her Rehabilitation through Theatre movement with the sanitation workers in 23 states of India she was titled as the Toilet woman of India. She protested in front of government offices with details of over 10 lakh toilets, with no water or electricity coverage, in 2017. Not even a single newspaper carried it the next day. I called Akhilesh for a small piece and she politely refused. For those who know her personally, it might seem how could a woman of such few words be capable of writing plays which have become small scale movements in places like Kanpur, Araria and even in the Ambedkar Bastis of N24 Parganas. In 2018, when the Rehabilitation Research Initiative helped hundreds of women through Akhilesh bringing in the Parsonian model of rehabilitation, and evaluative methodologies like the Shramic Fund, Akhilesh again refused to talk to my journalist friend.

The following interview was conducted through a telephonic conversation when Akhilesh was hosting the Kerala Convention in Thrissur in which over 5000 sanitation workers from across India, joined by their counterparts from rest of Asia, participated . This is one of the rare interviews where Akhilesh opened up about some of the rare moments in her journey.

You have repeatedly said that India needs an ‘unbrahminical’ movement. It has been 11 years since you started Khamosh! Bhim Jaari Hai campaign in India. Can you tell us more about this campaign?

Initially we started this campaign based on Namdeo Dhasal’s & Vijay Tendulkar’s work, in a few settlements in Delhi and Jharkhand. The movement was a culmination point for many Self Help Groups. We could help women in finding an alternative micro-credit way out through a program called the Shramic Fund. The objective was to hold their hands and help them in their subjective and evaluative rehabilitation. In reality, the movement was led by the community itself whether it was sanitation workers in Delhi or coal miners in Jharkhand. We are a very casteist nation, it comes out whenever there is any kind of conflict at the grassroots. This government’s Hindutva politics is furthering this divide. The Brahmins should call for an unbrahminical movement rather than trying to lead Dalit movements in India.

Your play, Ambedkar v/s Gandhi, in which you highlight the many mistakes of the Mahatma such as trying to lead the Dalit movement in India, has been performed over a thousand times in college campuses across the country. Why is this play so personal to you and why did you choose to perform it with children of sanitation workers and coal miners?

One cannot read Ambedkar if they have not read and learned from Gandhi and his Poona Pact and ‘Harijan’ mistakes. The sanitation workers in India identify themselves with Ambedkar and not Gandhi. It is important that children make this choice themselves. The play just puts both sides of these facts in front of them. The coal miners carried forward the same program in Jharkhand.

I remember participating in one of the HSRA-77 meetings conducted by you in Aligarh in 2014. Can you tell us about it? I also met you in a coal mine in Jharia in Jharkhand in 2012, can you share with us why it was important to conduct the HSRA-77 meeting there?

HSRA-77 is an underground movement in India working for the last 10 years with a total 77 members. I cannot share further information about this right now.

Isn’t it true that you were sexually assaulted and brutally attacked by VHP goons in Hardoi & Badaun when you were merely performing your play in the HSRA-77 conventions in 2013, 2016 & 2019?

They murdered Stan Swamy and continue to torture people like Sudha Bharadwaj, Hany Babu. My struggle is nothing compared to these people. I will keep working as the ‘Toilet woman of India’ or whatever they want to call me since they are the real revolutionaries. When a Savarna woman is raped and she raises her voice people listen to her, but when a Dalit woman is raped she never gets justice, it is not only delayed but also denied. That is why my story is not important.

People like Gail Omvedt and you have been at the forefront of anti-caste movements in India. I have followed your work in different labour unions in India, especially with coal miners & sanitation workers in South Asia. I met you and Gail Omvedt back in 2012. Since then you have carried her work forward, you have also been called the ‘Omvedt of Bihar’ and ‘Toilet woman of India.’ Tell us about these titles.

In reality, I am merely a learner from people like Gail Omvedt, Bezwada Wilson and KB Obalesh. I have tried to integrate their work and ideas through my work in non-unionised trade unions in rural Bihar, Chhattisgarh and Jharkhand. The legacy of Gail Omvedt is unparalleled and cannot be matched for many decades. In India, people have the tendency to give anyone a title. It is both a burden and a trap. If a man works hard he is called the ‘Water man’ but when a woman works hard she is called the ‘Toilet woman.’ As I said, I am merely a facilitator for these movements, the people of the grassroots, who have to live with false promises in everyday life and yet they manage to do these revolutions, are the real heroes and so are people like Gail, Wilson & Obalesh.

In India, you are one of the sanitation crusaders working on toilets for the last one decade. Not many know that you are known as the ‘Toilet woman of India’ for your efforts to eradicate open defecation and manual scavenging. What has been your biggest challenge?

We as a nation are claiming to build a toilet every second yet when it comes to having a conversation about it we immediately do not participate. The problem is in trying to separate water and sanitation dialogues with sanitation workers and non-unionised trade unions in India. The government has also claimed that over the last seven years they have built over 70 lakh household, community and public toilets. On an average, more than 40 per cent of these toilets do not have regular water supply and yet we want to focus only on the number of toilets built. Moreover, who are these 5.5 lakh sanitation and informal waste workers who they have linked to social welfare schemes. This government has repeatedly proved that they have no intention of helping the sanitation workers in India since they are ignorant of the real situation on the ground. A financial outlay of 1, 41,600 crores has been planned for the SBM 2.0. The people of this country, especially the family members of those who have died in the septic tanks and sewers in the last 7 years, want to know how this government has spent 62,009 crores in the last phase of the Mission.

You called out the savarna feminist movements for their silence on the Hathras gang rape incident for which you received numerous rape threats and PILs. Can you elaborate on that?

The PIL was against a platform for my article on the curious case of the silence of savarna feminists in seeking justice for the Hathras gang rape victim. It is true that savarna women have led feminist movements on the shoulders of women from minority communities, especially Dalit women. Even then they seldom highlight their issues in mainstream media. They also repeatedly make the mistake of representing them. The statement was also about the UP government’s repeated failure to ensure safety for women in their state.

Aniket Kumar is a Research Scholar in Delhi University.
Sabha is the National Coordinator of Dalit Soochna Adhikar Forum, Delhi. 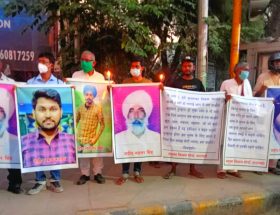 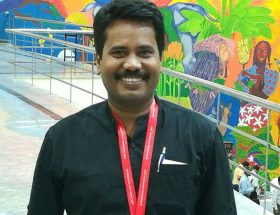