Deceit, corruption, conspiracy, violence and oppression mortgage state-society for years, squeezing out the identity of livelihood, land and rights. There is a clear cut division in society of this sub-continent which is being carried out with the primitive production chain and social affairs. Caste was not an accidental or local incident as some wants us to believe. But acts of casteism was the result of consistent orientation and distortion of the strength of forces toiling for generation.

Exclusions and relative margilisation of society around caste system along the progress of production and livelihood discriminated for long period, caste affected society ‘survived’ by compromising to new socio-economic realities without any adaptation and is taking on new and insidious forms. Social discriminations are inherited within the FEUDAL traditions and system for profit maximization through  economic liberalisation. Primitive accumulation is the historical process of divorcing the producer from the means of production and of the mode of production with it.Caste system has designed the fold of  production and knowledge with historical process of accumulation.The disadvantages is reward of discrimination from all social participation,which a gender from oppressed society faces with everyday life.Locus of socio economic background is not within a single dimension due distinct identity been manufactured and sectorized by identity. Sociology says,’Identity is forged in the social sphere is located within temporal relations; a sense of the past, present and future haunts identity-work and identity practices.Everyone has to ask himself the question ‘who am I, ‘how should I live’, ‘who do I want to become’ – and at the end of the day, be prepared to accept responsibility for the answer.’Interaction and experience in the dynamics of broader social structure grows with consciousness and positive social recognition.The hiearchial foundation of caste and society has itself become the purpose of dispossession of identity, devoid of further  considerations of progressive culture. Efforts to rebuild a castiest nation remain parasitic on feudal structure, and thus on the perpetual exploitation of our lands and labour. Mulnibasi resurgence that would see Indigenous people begin to reconnect with their lands and land-based practices on either an individual or small-scale collective basis.

In caste driven society mutual understandings are formed in relation to caste attributes that hold priority for human relation with society over other sources of identity unknowingly. Deception of identity include language, livelihood orientation, ethnicity and social limitation. Caste identity is a struggle within to uphold the contradiction and crisis thereafter to overthrow the distinguishing feature labelled by birth. The Worker is a universal identity, it possesses no mean of production, hence it can be the basis for the construction of a system which will produce for social needs and hence bring an end to class conflict. Caste identity is not universal, then it cannot bring an end to social conflict with globalization and liberal economy policy.But liberal economic policy for capitalist need comes in conflict with identity within a plural dimension everyday as the caste has allowed imperialism to earn the loyalty of the working classes under feudal oppression in its most vulnerable centers of natural resources. Opressed by caste,workers, don’t get that creation of identity crisis with caste playing for centuries has allowed feudal capital  to export the system’s worst abuses to foreign countries and in turn divert attention away from systemic problems by claiming inequality and human suffering are a product of cultural differences.
Class antagonisms are purely a result of the systemic creation and perpetuation of caste within society by minor percent of people over a major section enscaptulated by caste identity superimpose socially and economically.Antagonisms  cannot be reformed by preset minset of own identity as dominated by upper caste culture because it diposses the direction  for common objective.  Oppression is embodied in the concept of identity as most profound and potentially radical politics come directly out of our own identity, as opposed to working to end somebody else’s oppression. Caste is a repugnant, dangerous  threat and therefore revolutionary caste concept have to precede.Identity politics should now counterposed to struggling against exploitation, to improving all workers’ lives, whatever their gender, race, sexuality, or citizenship status.In order to carry out the main revolutionary tasks among the contradictions it is necessary for the working majority to utilize the contradiction in the feudal and comprander buergeosis,as these class identity of buergeosis been revolving around the historic caste system.Isolatio of enemies and rally and unite those who can be united against the main enemies.

For more than a century, the Left has been guided by the conviction that Capitalism meant the expansion of a bourgeoisie whose search for profit would steadily penetrate the social life of traditional (caste) based societies, and eventually reach across the land, in the process wiping out ‘all fixed relations and their train of ancient and venerable prejudices and opinions.instead of wiping out all ancient prejudices, a globalizing capital is prompting a rising tide of fractious racial, ethnic, religious and gender conflict. It is contributing to an identity politics which expresses not only the ancient and venerable prejudices and opinions which were presumably to be swept aside, but the apparently inexhaustible human capacity to create new prejudices and opinions,( Frances Fox Piven) Caste Identity seems to be rooted quite simply in attachments to the group, contradictory to opressor but seeded by the same.Caste identity  evolves  probably for  the needs to survive against humiliation and exploitation  of caste system  , that are satisfied by the upper caste, for material survival in a predatory world, as well as for  recognition, security. Thus identity politics by capitalism  makes people susceptible to the appeals of modern nationalism, to the bloody idea of loyalty to state and flag, which is surely one of the more murderous ideas to beset the oppressed against oppressed.

The capacity of resurgent co-operative economies to challenge the hegemony of  Aryan settler-brahminic colonial capitalism in the long term can only happen if certain cultural identities been emancipated. First, all of the neo colonial , castiest, and patriarchal possession that have been used to block SC/ST/OBC access to uphold the inherited socialism ,  need to be confronted and removed. Of course capitalism continues to play a core role in dispossessing adivasi and dalit  from  their  lands and self-determining authority, but it only does so in concert with axes of exploitation and domination configured along caste, gender and state lines. Devastating relations of power with caste, revolutionary efforts to decolonize and annihilate the semi feudal caste base in parallel with economic relations; Caste identity account for the complex ways that capitalism, patriarchy, brahminic supremacy, and the religious imperialism with one another to form the constellation of power relations that sustain caste colonial patterns of livelihood and production, structures and relationships. Dismantling these caste oppressive structures will not be easy. It will require to continue to assert revolutionary cultural identity of plural dimension present on our territories.

Rohit Vemula’s disillusionment with the communists happened when he discovered that the boys and girls who had given up faith in god could not bring themselves up to abandon their faith in the caste system. He quit the SFI after he was discriminated for his caste by the so-called comrades who he hoped would deliver him and his people from this wretched social order.The treatment meted out to Rohith is public knowledge and even Dheeraj Paleri, the leader of SFI’s Hyderabad university wing, admits that he was ill-treated by a few cadre because of which he had to leave the organisation.After his unsavoury stint with the communists, Rohith would often lash out at the Left on public forums and on Facebook for its apathy towards identity-based movements in general and the anti-caste struggle in particular. He became acutely aware of not just the Brahminical tendencies of individual CPI(M) activists but also the theoretical flaws of the Left as a whole in understanding the Indian social order.(HT report) 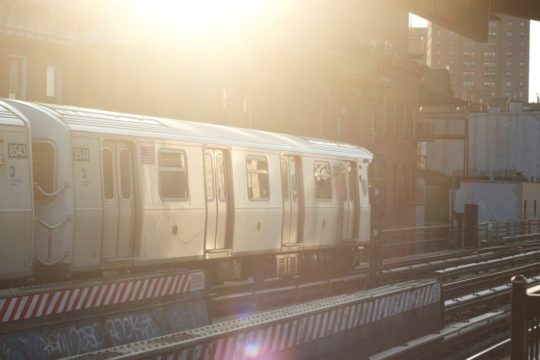