Though with many limitations, Telangana has become a reality. We are in the initial stage of building a peoples’ Telangana, to dedicate ourselves to build a Telangana state where everybody is treated equal in all social, economic and political spheres irrespective of their caste, class, religion and gender; where people are free of exploitation. And paving the way to attain a real people centric democracy.

History has proved time and again that people’s collective effort can only bring real democracy and social equality. This is equally applied to the newly formed Telangana state too. No Imperialist agents or agents of multinational companies, corporate NGOs will bring democracy or socialism to Telangana. But our self proclaimed Telangana leaders who are active part of political JAC and other political parties have started breaching the hopes of people as well as the martyrs of Telangana by joining hands with corporate NGOs, agents of imperialists and multinational companies in the name of envisioning future Telangana.

Centre for Dalit Studies, Action Aid, through its initiative, Democracy Dialogue, and Telangana Vidyavanthula Vedika (Telangana Intellectuals Forum) together are organizing an international seminar on “Democracy, Socialism and Visions for the 21st Century” in a five star hotel, Katriya in Rajbhavan road in Hyderabad. This seminar attains a critical significance in the present political context of newly formed Telangana. The basic question here is can these corporate funded NGOs, dancing to the tune of capitalism, bring socialism and democracy in Telangana. Why is Telangana Vidya Vanthula Vedika joining hands with those NGOs?

The history of these NGOs across the third world countries proves that they are disastrous of mass movements, the interventions of NGOs like Action Aid clearly diverted mass aspirations across the line set by imperial forces and multinational companies, and often in the name of activism they saved the agendas of their corporate bosses.

There are many reports which prove that Action Aid had been a bedfellow of companies like Vedanta, Essar. These are the companies leading the exploitation and looting of natural resources of the country displacing lakhs of people particularly Adivasis, dalits from their land for the illegal mining and also resulting in brutal killings. On one hand these companies with support of state brutally repressing the resistance from Adivasis while on the other hand with the help of NGOs like Action Aid they are trying to sabotage entire mass movements by promising false agendas.

Action Aid has been functioning for last 25 years in Hyderabad and it is managed/headed by dominant Kamma, Kapu caste individuals. Why is Telangana Vidyavanthula Vedika joining hands with the corporate funded NGO, Action Aid?

The seminar will play a crucial role in unmasking the progressive veils that many intellectuals, once university professors, dalit activists, political parties and even activists. Even though many of these intellectuals, activists are aware and are reminded of the nature of the sponsored seminar, they still prefer to attend it. These people who opposed the multinational corporate in principle in their writings and speeches now are trying to sleep to the lullaby of corporate. This proves the ideological poverty that they are suffering from and their dubious political perspectives. The left parties including CPI (M) and CPI who always boast about their fight against capitalism for establishing socialism are chairing sessions in the seminar. This once again proves that they can never ever be communists rather than being just puppets in the hands of corporate singing the tunes of capitalism.

By keeping all the above facts and history of NGOs across the world we appeal to people to oppose and boycott this imperial multinational funded seminar. As a people of Telangana with our spirit of struggle and resistance, we will make our destiny and we will build our Telangana with our own peoples’ aspirations in the democratic lines of our constitution. 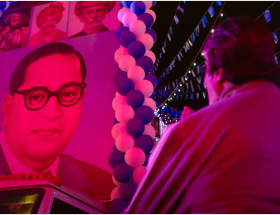 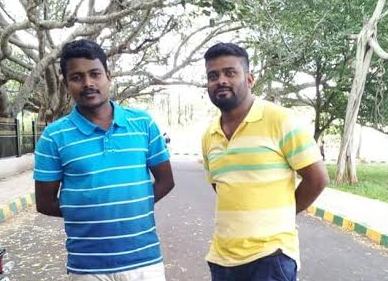