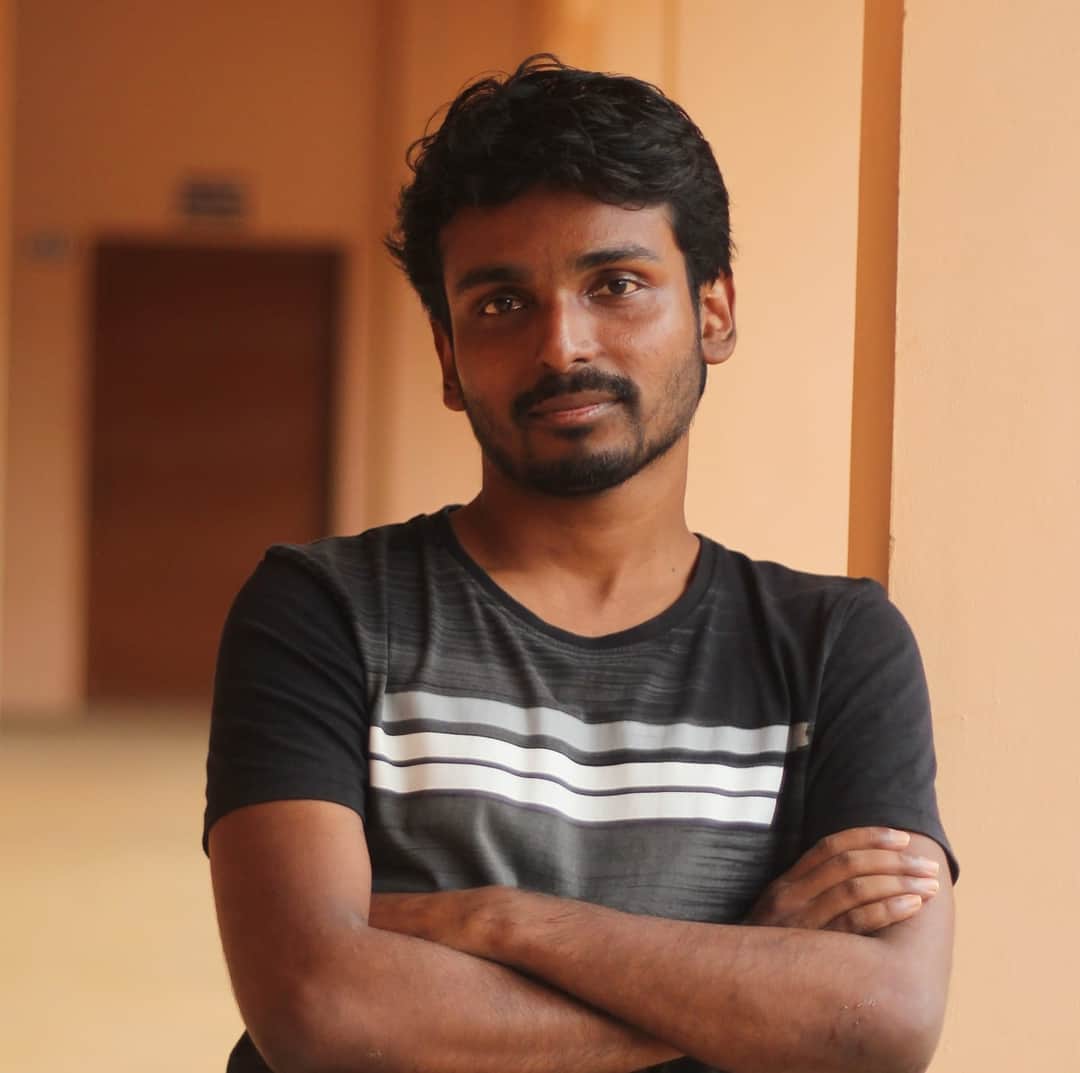 “The truth, indeed, is out—but the ears to hear it and the minds to learn from it seem to have been atrophied by a cultivated ignorance and a nearly total loss of critical insight.”― Murray Bookchin

In a world where the effects of climate change are already upon us and we are dealing with extended droughts, frequent cyclones, and floods, it is time that we really focus on where the issue of global warming and pollution truly comes from.

The discussions on pollution, global warming and greenhouse effect have been going on for decades and yet there has not been much action in combating these issues.

Air pollution alone causes the deaths of around 7 million people worldwide each year, which is more than the total deaths caused by COVID-19 in two years (5 million). Around 30% of deaths in India can be attributed to air pollution from fossil fuels. Even though everyone understands the adverse consequences of pollution, there has never been much action to combat or reduce it. The best way to start formulating an action plan for combating climate change is to know the sources of pollution and its causes. A major report released in 2017 attributed 70% of the world’s greenhouse gas emissions over the previous two decades to just 100 fossil fuel producers. An updated report in 2019 outlined the top 20 fossil fuel firms behind a third of global emissions.

Coal, oil, and natural gas are produced by 83 of these companies. The remaining are cement and building material manufacturing companies. The companies most responsible for climate change included Saudi Aramco, Chevron, ExxonMobil, BP, Gazprom, and National Iranian Oil Company—companies spread across the Middle East, Europe, Russia, and the United States. The fact that most of the pollution is actually caused by the decisions of a few corporates and not due to the vast majority of people might come as a huge surprise because in none of the discussions or conferences on combating climate change, we see these companies being held accountable or questioned for their actions.

We have seen massive ad campaigns that blames consumers for using plastic or portraying vehicles as monsters which destroy the environment. The messages of being carbon conscious and eco-friendly for ‘saving’ the environment is visible everywhere we look. We are constantly made to feel bad for using transportation services to commute; as if we are the culprits behind the approaching climate catastrophe. These media campaigns and PR tactics are a result of a strategy that these companies devise to protect themselves and keep themselves outside public scrutiny and regulations when the climate issue is discussed. If people are somehow made to believe that their individual actions are responsible for environmental damage, they will not focus on blaming these corporations.

Even at the height of the Covid pandemic, daily CO2 emissions fell by only 17% compared to 2019 levels. This was a time of lockdown when people were living indoors with minimal travel and fuel use.This shows that lifestyle changes of individual people can only go so far in reducing emissions and the real change has to be forced from these companies.

These companies have known about the damaging effects of climate change for decades but they have deliberately blocked any governmental measures for cutting emissions and environmental regulations regarding extractions. They have increased the fundings on generating markets for fossil fuels despite knowing its impact on the environment, prioritizing short term investor profits over long term destruction of nature. Any policy changes from regulating agencies were delayed or blocked by lobbying and corruption. The public was blinded by using clever PR strategies which shifted blame from corporate profiteering to individual actions.

Instead of taking necessary steps for reduction of emissions and developing sustainable alternative resources, these companies kept on funding more extraction and exploration of fossil fuel reserves. In order to frame policies friendly to fossil fuels, they fund election campaigns of politicians who formulate policies which reduces regulations on them and their markets.

This is the reason why none of the International Conferences on Climate Change could be successful in creating a systematic framework to reduce emissions. The politicians who should be formulating these policies are under the control of these companies.

Doubts regarding the science of climate change were fed to public through studies by think tanks and academics which were funded by these corporations. They deliberately blocked funding studies finding impact on environment and developing eco-friendly alternatives. They knew that discovery of better alternatives would harm the investments they have already made in fossil fuels. They used industry-sponsored research in academia to control studies and their outcomes to suit their agenda. When academic research gets controlled by industry, they can use it to design outcomes that suit their profits over public welfare. There has been a recent trend in Indian public universities where public funded research positions are systematically reduced and institute facilities are provided for industry funded research.

Such research will focus only on things that can raise money for the shareholders and not better the life of public.

When we look at other polluters like plastic, we can find that Coca Cola, PepsiCo, Nestle, Unilever and Colgate-Palmolive are the most polluting companies in the world. When questioned about reducing the plastic production they give false promises while teaming up with oil companies to produce even more plastic. PepsiCo and Nestle have only reduced their use of virgin plastic by 0.1 percent from 2018 to 2019 while Coca-Cola has increased the amount of plastic it uses.

These companies also extract resources like ground water which belong to communities and pump toxic wastes back into the water bodies making them harmful for consumption. About 1 billion people do not have access to clean drinking water due to pollution. The world is finding itself short of potable water and facing frequent droughts not due to over-population as these companies force us to believe, but due to the excessive exploitation of water resources for corporate profit and untreated sewage being fed back into rivers and lakes.

Even when we look at individual consumption, there is a huge difference between people. Across 86 countries, the richest 10% of people consume around 20 times more energy than the poorest 10. While we are all participants in this consumerist society, our responsibility is not evenly shared. The impact on environment by most of the world’s population is minimal and we must hold these elite capitalists accountable for the environmental collapse that they are pushing down on us.

“Social ecology is based on the conviction that nearly all of our present ecological problems originate in deep-seated social problems. It follows, from this view, that these ecological problems cannot be understood, let alone solved, without a careful understanding of our existing society and the irrationalities that dominate it. To make this point more concrete: economic, ethnic, cultural, and gender conflicts, among many others, lie at the core of the most serious ecological dislocations we face today—apart, to be sure, from those that are produced by natural catastrophes.”― Murray Bookchin

We also see the blame for climate change often aimed at marginalized communities in the name of food and living habits mostly coming from the savarna vegans who demonise Bahujans for eating meat, which according to them is causing climate change.They conveniently avoid disclosing the fact that agriculture and food processing, by themselves are one of the leading contributors to emissions. Clearing land for agriculture is responsible for 75% of deforestation. The savarna food habits of veganism is not born out of love for nature, but to create a sense of superiority over the Bahujans and to attack them for their choices. Anyone who actually cares about reducing emissions and combating climate change should start by looking at the real causes of how the pollution happens and identify these MNCs which are destroying nature, rather than attacking the masses for their choices and habits.

We need to be conscious of the narrative that these companies are trying to build – that climate change is the result of consumer choice, that they are not responsible for our decisions to use their products. But, we are forced to live in a system of their creation – a political, economic and physical infrastructure that creates an illusion of choice to consumers without actually giving us any choices. They hide information of emissions away from us, they fund politicians against regulations and oversight, they defund research on alternatives, and fund PR campaigns ensuring that we are kept entangled in this mess and blame each other, especially the underprivileged. They trap us within a narrow circle of decision-making, in which we mistake insignificant choices between different varieties of destruction for real change. The recent push for electric vehicles over fossil fuel is such a gimmick when the extraction and processing of Rare Earth Metals like Lithium for batteries creates another set of environmental debacles.

“Needs are tailored by the mass media to create a public demand for utterly useless commodities, each carefully engineered to deteriorate after a predetermined period of time. The plundering of the human spirit by the marketplace is paralleled by the plundering of the earth by capital.”― Murray Bookchin

It’s the system that we need to change, rather than the products of the system. We must act as citizens and not as consumers. We are now ruled by the ideology of consumerism which has been crafted with the help of skillful advertisers, by corporate celebrity culture, and by a media that casts us as the recipients of goods and services rather than citizens with rights. It functions by controlling media, government, transport, markets and energy systems that make good choices impossible. It spreads through political systems, which have been systematically captured by lobbying and campaign finance; until political leaders cease to represent us, and work instead for the polluters who fund them. We are witnessing complete submission of our natural resources to exploitation by corporates which is getting accelerated through government policies like EIA 2020. Tribals who have lived in harmony within forests for generations are forcefully evicted and hunted using draconian forest laws by government and their lands are handed over to corporates. In such a system, individual choices are lost. The ideology of consumerism is highly effective in shifting the blame to the consumers. This individuation of responsibility, intrinsic to consumerism, blinds us to the real culprits of this mass destruction.

We need to expand our idea of democracy to understand how we are systematically kept away from the decisions which are impacting the environment. We cannot let the current system of politicians and bureaucrats be the sole policy makers with respect to these decisions. Environmental norms and decision-making needs to be democratized where citizens get a say on what must be allowed and how it should be regulated when it comes to the environment they live in. These include participatory budgeting, where the amount of public money allotted for combating climate is decided, decisions on what type of constructions are allowed, how should resources be extracted and how natural resources should be conserved. Only through decentralization and democratization of these decisions in local communities who are mostly affected by climate change, can we combat this catastrophe that is already upon us. 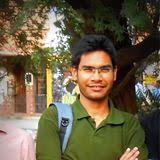 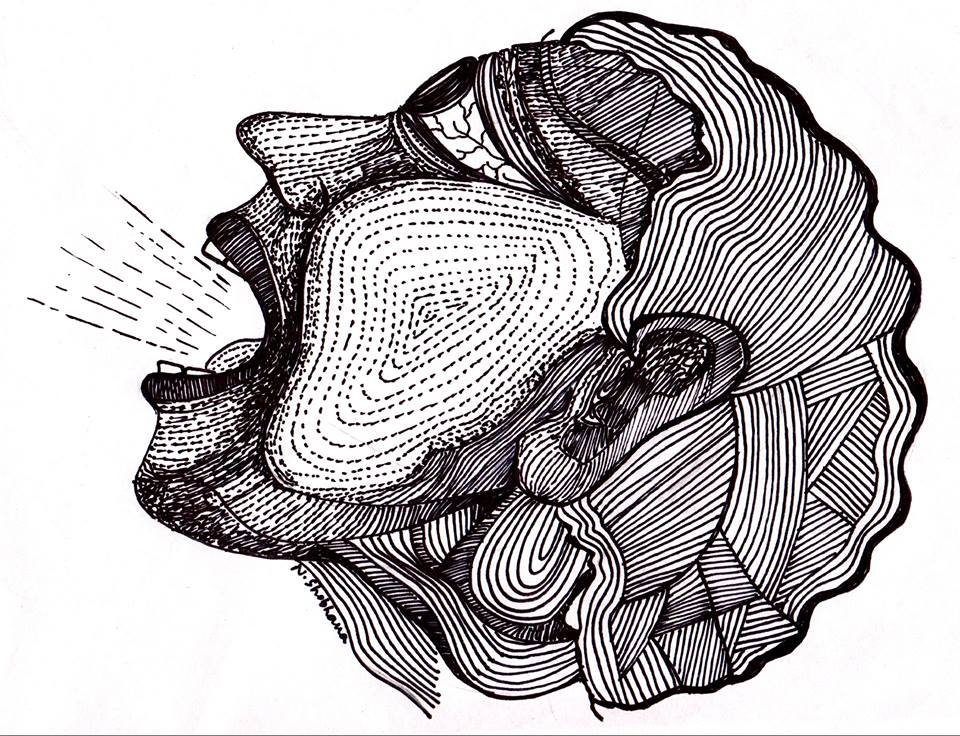