Please copy and mail the letter published below to the various authorities listed at the bottom (with email ids) to protest the detention of Satyendra Murli, Ambedkarite journalist, by Jaipur police

The Commissioner of Police,

Sub: information regarding illegal detention/ arrest of Journalist Satyendra Murli for offences under IPC and IT Act.

I am a human rights activist who became aware through the internet and media that Mr. Satyendra Murli, who is a Journalist by profession, has been arrested by Jaipur police due to the violation of Indian Penal Code, 1860, and Information Technology Act, 2005. As per this information, the allegation made against Mr. Satyender Murli was that he shared or circulated the photo of Mr. Mahatma Gandhi, which was already available on Facebook.

The Jaipur police acted very promptly and arrested Mr. Satyendra Murli with malafide intentions, it would appear. But as per the provisions of Article 21 of the Constitution of India and the Cr.PC 1973, the accused person can’t be deprived of his legal rights. It is to inform you that this issue has become a National issue and raises questions against the unjustified arrest, and about the human rights of the accused. Now the people of India want to know the current status of the Mr. Satyendra Murli. Most people believe that Mr. Satyendra Murli has been illegally arrested because he belongs to a Scheduled Caste. It is strange to know that no criminal case has been registered in the case of the derogatory cartoon of Dr. Bhim Rao Ambedkar in the NCERT text book, which had made news recently. It clearly shows that the police department is acting in a biased manner and we strongly condemn this attitude.

Therefore we human right activists request to you kindly inform us about the grounds  of the arrest including the copy of FIR as early as possible so that we may take appropriate action against such violation of human rights. The failure to furnish the information will amount to a violation of fundamental rights, as laid down in the Constitution of India.

Please mail the above letter to: 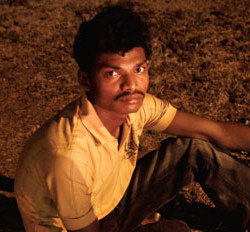