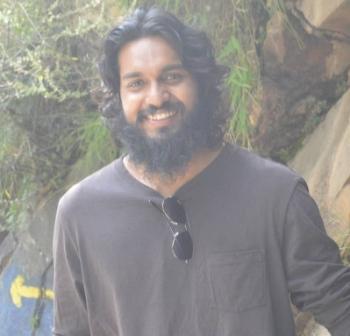 Recently the Delimitation of electoral constituencies in Jammu and Kashmir has taken center stage in the evergoing political turmoil. For the first time in the history of Jammu and Kashmir, there were proposals for extending the reservation to the ST community in assembly seats[1]. Almost all regional parties criticized the practice for being biased in favor of the Jammu region and helping the ruling dispensation at the center of their political goals[2]. On the other hand, for the proper representation of SC/ST communities, Delimitation is too necessary an exercise to be resting below the carpet. Hence it was welcomed by the Tribal community of the region[3].

Freeze on Delimitation and its impact

The Election Commission of India defines Delimitation as “the act or process of fixing limits or boundaries of territorial constituencies in a country or a province having a legislative body[4]“. For that purpose, a body is constituted, called the Delimitation Commission or a Boundary Commission. Such commissions have been carved out four times in 1952, 1963, 1972, and 2002 respectively, through constitutional amendments passed in parliament[5]. The process of Delimitation must consider the increase in population and re-determine the total number of seats. As a result, Delimitation establishes a link between the growth of the state’s population and the number of elected representatives in its legislature. It balances the interests of the many stakeholders. The goal of the Delimitation exercise is to preserve the population seat ratio. It is also mandated to reserve seats for the SCs and STs to fulfill the constitutional obligation. The principle of one man, one vote, one value is paramount in the whole process.

The last proper territorial readjustment done by the Delimitation Commission was in 1972, and just after that, in 1976 through the 42nd constitutional amendment. The exercise was put on hold until the year 2000. Then again, in 2001, owing to the 84th constitutional amendment, the Delimitation process was put on hold (owing to National Population Policy) until the publication of the first census figures after 2026, deferring it to 2031 as the census is only a decennial practice[6]. Together, these two amendments have delayed allocating several representatives to parliament and the state assemblies for fifty years (1981-2031).The number of Lok Sabha seats has not been revised since 1972 and was frozen at 543 in 2002[7]. Keeping a hold on the strength of the Lok Sabha and the Legislative Assemblies when the growth of population is not stagnant has created various problems in general, like:

This has harmed the principle of equality of votes. The failure to conduct the delimitation exercise regularly has the above-listed ramifications and has disastrous effects on the interests of the SC/ST communities.

Article 330 and Article 332 of the Indian constitution provide a guaranteed number of seats to the Scheduled Castes and Scheduled Tribes in Lok Sabha and State Legislative Assemblies, in proportion to their population ascertained at the last preceding census[8]. Article 82 of the Indian constitution mandates readjustment of territorial constituencies by authorities in the manner parliament may by law determine, after every ten years, to maintain parity in population-representation ratio[9]. The constitution-makers envisioned the process of Delimitation to be carried out just after the census as it is done periodically after every ten years. Therefore, the Central government needs to carry out a census periodically to decide the appropriate number of seats reserved for SC and ST communities in proportion to their population. Every census in independent India had published data on Scheduled Castes and Scheduled Tribes but not on other castes. Before that, every census until 1931 had data on caste. But for determining the number of reserved seats, the population of the SC /ST communities in proportion to the entire population is the key. The previous census reflects the population growth rate of SC and ST communities has been higher than the national growth rate.

“The 2011 Census recorded nearly 201.4 million people belonging to scheduled castes in the country. As per the 2001 census, the number was 166.6 million. The Dalit population showed a decadal growth of 20.8 percent, whereas India’s population grew 17.7 percent during the same period[10]“.

In the past also, the population growth of SC/ST has been higher than the national average.

This would mean that the SC/ ST communities’ population would be much higher than it would have been 50-60 years ago in proportion to the entire population as their growth rate has been higher than others. In this scenario, failure to conduct the delimitation exercise would imply that the due share of these communities is not given to them; and, instead, is being usurped by un-reserved categories. The current boundaries of electoral constituencies in India are still based on the scheme suggested by the last Delimitation Commission in 1972. Continuing with the same system without considering the population growth of the SC and ST communities would result in reserving fewer seats for these communities than their actual share. This would mean contradicting the basic principles of the Indian constitution.

The increase in the population of these communities can also be interpreted from a religious angle. In the name of saving their respective religions, highly influential religious fundamentalists demand people to bear more kids[12]. It is not a hard guess to understand with whom these demands resonate the most. Many studies have now established that literate people do not like to have more kids[13]. Thus it can be safely assumed that these fundamentalists are targeting the least educated lot of their respective religions, which happen to be lower caste people of both sides. The same religious fanatics who want these lower caste people to bear more kids in the name of religion are against SCs and STs getting their legitimate representation in political echelons. Many RSS leaders time and again have openly shown their casteist fangs. Fundamentalists of other sides are no different when it comes to the political rights of the lower castes. If the delimitation exercise had been regular as the constitution mandated, the SCs and STs would have gotten their due in the form of their increased representation owing to their exponential growth in population. This points out that a low literacy rate is not the only reason for bearing more kids, but adhering to the demands of the fundamentalists also plays a crucial role. Though if SC/ST communities were getting political representation in the ratio of their population through continuous delimitation exercises, it could have ensured that fundamentalists do not resort to rhetoric of population growth.

Reports have shown the positive impact of affirmative action regarding literacy rate, health status, and political representations of SCs and ST s. It has resulted in a relatively better lifestyle for SCs and STs[14]. It has also helped reduce the number of human rights violations committed against them. When BSP was in power in Uttar Pradesh, the conviction rate for crimes against Dalits was higher than in any other state. The rate for conviction in UP was 49.2 in the year 2001, 49.4 in the year 2005 and 52.6 in the year 2009[15].

Political participation of a community results in fewer human rights violations against them. Not much study has been done in India in this regard. Still, the same can be concluded from a survey conducted by Elizabeth Asiedu, University of Kansas and et al in the research paper “Effect of women’s representation in parliament and the passing of gender-sensitive policies” which shows that:

The simple point which can be concluded from the report mentioned above is that representation of a community in politics takes care of the interests pertinent to the community, which ultimately results in a decrease in the instances of human rights violations against members of the community. Therefore, it is imperative to determine the degree of social marginalization of Scheduled Castes and Scheduled Tribes compared with other sections of Indian society to attain the desired level in human development.

Delimitation and Political Ghettoisation of SCs/STs

There is not much clarity in the public’s minds about how relocation on boundaries of the constituencies is done. There is no clear-cut basis following which the exercise is performed. What principles have been adopted while making a constituency? To all such questions, most of us are in the dark. Ultimately it is the voter who gets affected the most due to adjusting the boundaries of constituencies. Everybody has a right to know which constituency he’ll be a voter of. One should know why and how they are shifted from one constituency to another. Whatever the basis of identifying a reserved category, what remains clear is that reserved category candidates hardly win from an unreserved seat. Due to the same logic, political parties rarely field an SCs or STs from these unreserved seats to contest elections. Even politically tall leaders from reserved categories rarely contest elections from a direct seat. Occasionally,  leaders like BP Maurya win[17]. To add to the same list,  Kanshiram also won the Lok Sabha election of 1991(Etawah)[18] and 1996(Hoshiarpur) from unreserved seats[19]. These are rare exceptions to the rule of inevitable defeat for a Scheduled Castes or Scheduled Tribes candidate if they contest elections from an unreserved constituency. Successive delimitation commissions over the period have rendered SCs and STs politically ghettoized communities, limiting them to only their reserved seats.

As the exercise was meant to be rooted in the idea of ‘one man, one vote, one value’ (philosophical ideal), this freeze on the number of seats has violated that principle. Moreover, the continuous and regular conduct of the delimitation exercise is critical for the interests of SC and STs in India. A freeze on the number of legislative positions impacts the welfare of these communities negatively as it means under-representation compared with the ratio of their populations. The graver problem is that the Delimitation Commission in India has never defined the criteria on which the exercise has been conducted in the past, which creates confusion in the public’s mind. There are no fixed criteria for how a seat is determined to be a reserved seat. The model followed by the delimitation commission in India has rendered SC/ST communities politically ghettoized as they are getting elected only from the reserved seats. Rarely have reserved category candidates won from general seats. Amidst this mayhem, religious fundamentalists peddling the rhetoric for increasing population among the masses have successfully made a mockery of the system; it has become undoubtedly biased toward the upper caste/class population, and the SC/ST communities are left crippled without the proportionate political representation.

Therefore, the Delimitation exercise, reserving assembly seats for STs in the J&K  Assembly for the first time is a welcome step. The freeze nationwide has resulted in upper castes usurping the seats of both SC/STs and illustrates the apathy of the ruling dispensation indicating larger sinister and divisive motives.

[6] Lok Sabha Election 2019: Delimitation ensures roughly equal number of voters in each constituency; all you need to know-India News , Firstpost