The central policy challenge for the new government is how to sustain social gains while ensuring that Dalits can participate more meaningfully in the economy, by sharing in the fruits of economic growth while contributing as well

In his address to the nation on Independence Day, Prime Minister Narendra Modi expressed his intention to “take a solemn pledge of working for… the welfare of the poor, oppressed, Dalits, the exploited and the backward people of our country.” We don’t know just what precise shape his social justice vision will take in practice, but it is likely to be a mix of traditional approaches, when unavoidable, coupled with a new architecture, when feasible.

When independent India’s founding fathers committed themselves to constitutionalism and democracy, they were well aware that democracy was a “top dressing on Indian soil, which is essentially undemocratic,” as B.R. Ambedkar cogently put it. The rigid and deeply maligned social hierarchies of Indian society meant that a commitment to equality and social justice was hardly a “natural” sentiment.

Since then, the Indian state has sought to put forth dozens of laws and programmes to attenuate these deep social inequalities and two-thirds of a century after independence, social inequalities in Indian society are a far cry from what they were when the country came into being. But there is a long, long way to go before social justice is a reality for the vast majority of Indians from socially marginalised communities. It is equally clear, however, that the country needs new thinking (nayi soch) on social justice, as the Prime Minister has argued.

In recent years, the country has been witnessing social change that is gradually weakening the iron grip of status hierarchies, and India’s Dalits are slowly seeing its benefits. But the gains are more social than economic. The central policy challenge for the new government is how to sustain the social gains, ensuring that Dalits can participate more meaningfully in the economy, by sharing in the fruits of economic growth while contributing as well.

Consider the phenomenon of Dalit entrepreneurs, which challenges both the trope of seeing India as an aggregation of diverse and often feuding groups, and that we are all one people and divisions are artificial. In a survey we conducted in collaboration with Professor Devesh Kapur at the Center for the Advanced Study of India (CASI), University of Pennsylvania, U.S., we have traced the trajectory of 1,000 Dalit entrepreneurs. These are not the poor self-employed or those running micro-enterprises in the informal sector, but entrepreneurs in the formal sector who have created enterprises with sales running from a few crore to nearly Rs.1,000 crore, each providing employment and paying taxes.

Our initial findings indicate that almost all of the respondents are first generation entrepreneurs. Most are not well-educated (in terms of fancy degrees); indeed, many have even limited schooling. The collective turnover of these 1,000 Dalit entrepreneurs is nearly Rs.10,000 crore. Almost none of them has received support or preferential treatment from the government. They did not even consider approaching institutions like the National Scheduled Castes Finance and Development Corporation (NSFDC) which is mandated to promote entrepreneurship among Dalits. The transaction costs are simply too high when compared to the very modest amounts of funds handed out by people who have little knowledge of the issues.

What’s more, the government was unaware of the fact that some Dalits have achieved noteworthy success as entrepreneurs until our survey received widespread media coverage. This is a severe indictment of what surveys like the Economic Census capture and the plethora of schemes and programmes that allegedly strive to promote Dalit welfare.

In a new book, Defying the Odds: The Rise of Dalit Entrepreneurs, we have attempted to map the trajectories of 21 Dalit entrepreneurs — their humble origins and the grit they displayed in building successful businesses. Although they are minuscule in number among the 200 million-plus Dalits, their experiences reveal that they largely succeeded despite and not because of public policy. It also shows what can now be done to pave the way for more Dalits to become job givers rather than remain job seekers, a slogan adopted by their trade body, the Dalit Indian Chamber of Commerce and Industry (DICCI).

It is a sobering thought, however, that for every successful Dalit who defied the odds to become a trailblazer, there are countless others who have failed and given up, beaten down by life’s impossible odds. It is also pertinent to remember that three-fourths of Dalits (about 150 million) still live in villages. What they don’t need are grandiose government schemes which people ignore with justifiable contempt. Instead three policy challenges raised by the Prime Minister in his Independence Day speech — skills, manufacturing and urbanisation — if addressed well, will do more for Dalit entrepreneurs, for the community and the country at large, than the dozens of stand-alone schemes that exist currently.

The policy discourse has so far focussed on the preferential model over and above what is practicable. Job quotas without jobs are meaningless. Dalits will find very limited economic opportunities in government jobs for the simple reason that these barely exist relative to the numbers of Dalit youth joining the workforce. The emphasis should be to ensure universal access to quality education and health care and other basic public goods for all people and ensure that all those left out due to a variety of reasons are covered. Currently, we ensure access but pay little attention to quality or standards. This charade has resulted in millions of poor of all social stripes having obtained degrees but without any real skills. Indeed, diplomas in engineering have been far more useful for the Dalit entrepreneurs in our study than college degrees.

Second, manufacturing offers more scope for would-be Dalit entrepreneurs for the simple reason that the children of the elite simply cannot take the heat and dust and the distant locations that are inevitable in setting up a manufacturing unit in India today. They prefer service-related occupations in metros in air-conditioned offices. If manufacturing takes off in India, Dalit entrepreneurs, with a little help and nudge, will enter manufacturing supply chains and some of them will grow into large firms in their own right. Having faced trying circumstances growing up, there are many more willing to roll up their sleeves and do what it takes to get the job done. But for this they — like most small enterprises — face credit constraints because they lack collateral. It is ironic that in India, nationalised banks are on socialist principles; today, public sector banks have lent tens of thousands of crores to big businesses but have little money to lend to aspiring small entrepreneurs.

Third, social hierarchies are much more rigid in rural India, and an urbanising India offers better opportunities for aspiring Dalit entrepreneurs. The metros today are so expensive that entry for new entrepreneurs with few financial resources and limited social networks will be much more difficult. An urbanisation strategy that focusses much more on small and medium towns and that attracts large manufacturing investment (both domestic and foreign direct investment) will create more opportunities for Dalit entrepreneurs in manufacturing supply chains.

The challenge for policymakers is to create what de Tocqueville termed “equality of conditions” wherein anyone can chart his/her own course with initiative, tenacity and an enabling policy regime. We rightly take pride in our political freedoms but these are yet to ensure full citizenship rights to marginalised groups. What is required is a balance between old thinking and nayi soch. For the government, this means developing a coherent interlinked strategy that combines skill development, manufacturing and urbanisation. And for the Dalit community, nayi soch requires it to shed old shibboleths about entrepreneurship and private enterprise and embrace it rather than treat it as a Baniya activity. Only then will the promise of Dalit entrepreneurship be fully realised.

(D. Shyam Babu is senior fellow, Centre for Policy Research, New Delhi, and Chandra Bhan Prasad is a public intellectual and mentor, DICCI. Along with Devesh Kapur they have co-authored the book, Defying the Odds: The Rise of Dalit Entrepreneurs, Random House India, 2014.) 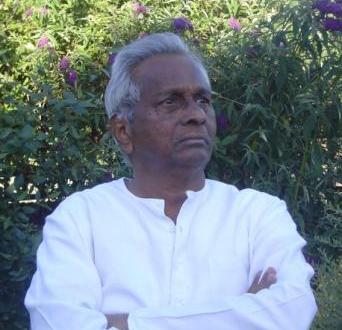