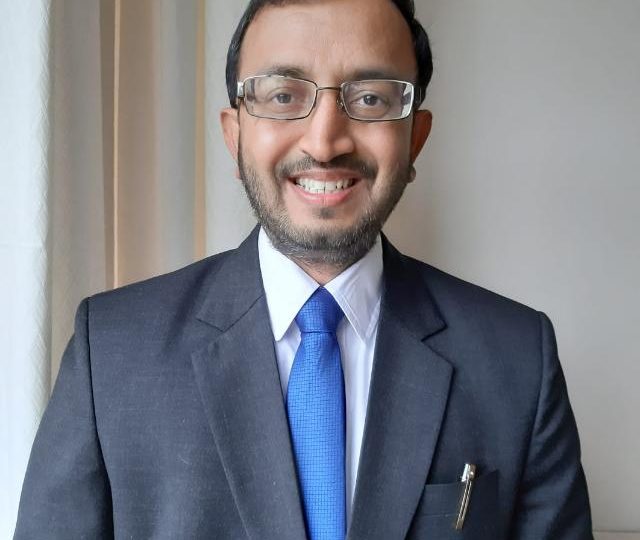 When I graduated from Columbia Law School with an LLM degree, immediately after the graduation ceremony, still wearing the graduation robe and hat, I was walking with one of my classmates to his room to change, as his hostel was closer to the law school than mine.

As we were walking, we met with a few African American children walking on the street. They asked us why we were wearing a robe and a hat. We replied that it was because we had just graduated from Columbia University.

On hearing this, there was both a sense of joy and a sadness in their voices and eyes. Joy was because they wanted to share our joy and sadness because they might never be able to study at Columbia University in spite of living next door to the University.

I felt as if I had cheated. I, an outsider, was able to come to this great university from thousands of miles away and these children, living next door to the University, are not be able to study at this university. How unfair was this?

When I worked with Herbert Smith Freehills (HSF) in London, which was one of the top 10 law firms of the UK, I saw only one or two black lawyers working there.

I have studied at the National Law School of India University, Bangalore. I was able to study law at the best Indian law school because of the benefit of the affirmative action programme of the Indian government. This education enabled me to go to study at the Columbia University in New York and work with HSF in London.

Thus, studying at the best Indian law school catapulted me into an elite club not only in India but also in the US and the UK. And that was possible only because of the affirmative action– the result of a relentless fight by Dr B R Ambedkar.

The Catholic Church came to me through Father Xavier Manjooran who had started a programme called Ankur, the aim of which was to help bright children from the untouchable castes (both Christian and Hindu) preparing for competitive exams such as civil services exams. As my parents were Hindu, I too was a Hindu although I don’t practice any religion anymore.

I joined the Ankur programme when I was in class 9. Every year, we used to have a summer camp for 4 weeks and a winter camp for 2 weeks as part of this programme. A few days after my last secondary school exam (class 12), one day I was busy cooking lunch at home. My father was also at home. Suddenly I heard a sound of a motorbike which stopped just outside my house. I came out of the house to see who it was.

Brother Siddharth told me that the reason for their visit was this: Father Xavier has read in the Times of India that morning about the National Law School in Bangalore. He said, “It was a unique law school with a five-year programme and lawyers who studied there were getting very high paid jobs. Father Xavier wanted to send you to this law school to study. Would you like to go?”

I hadn’t thought about studying law before this moment. I had no idea where Bangalore was except that it was in South India somewhere. But I thought that if Father Xavier had thought about it, it must be a good idea. In any case, I would need to take an admission test, which I thought, I wouldn’t pass but there was no harm in applying and taking the exam.

I said to Brother Siddharth and Brother Vijay that I was interested. They asked me to visit Father Xavier in his office at Vallabh Vidyanagar near Anand City the following day.

I went to see Father Xavier the next day. He said he was very happy that I had agreed to apply to the law school. He then drafted a letter requesting an application form and asked me to copy it as it was in English, and I couldn’t write in English very well then. I copied the letter.

I received a confirmation for my admission test but didn’t receive any question papers of previous years as the law school had run out of them. Which meant that I didn’t know how to prepare for the admission test.

Father Xavier asked me to meet with his associate Mr Kirit Mahida to understand how to prepare for the exam. He too didn’t have much of an  idea, but he gave me a few tips based on his knowledge of similar exams. I borrowed a few magazines from Father Xavier and tried to prepare for the exam, but I was mostly clueless about what I was doing as I was reading such magazines for the very first time in such detail. I also started reading the Times of India, again for the first time.

I didn’t expect to pass the exam, but I still wanted to take the exam. We had chosen Mumbai centre for the exam. The evening before the exam, I travelled with Brother Vijay to Mumbai. As we didn’t have reserved seats, we completed most of the journey standing in crowded trains. We travelled the whole night and reached Mumbai early morning. We went to Brother Vijay’s family home in Mumbai where his parents and brothers lived. It was so wonderful to meet with his family and relatives.

On the same day afternoon, I had the admission test. I took the test, most of which I didn’t understand. I knew I had done very badly in the test, and I was sure I wouldn’t pass.

Once I was back in Gujarat, we had our summer camp of Ankur which was coordinated by Brother Vijay. Midway through the camp, one day Father Xavier came down to the camp. When he saw me, he asked me: do you know why I have come here? I said, I had no idea. He said jubilantly, you have passed the admission test and got an admission at National Law School, Bangalore. I couldn’t believe it. I asked him– are you sure? He said, yes of course. He asked me to go home and start preparing to get ready to go to Bangalore.

It was again a time to travel with Brother Vijay. We went to Mumbai first where we stayed with his family for a night. We took a train to Bangalore the next day. He dropped me at the law school and returned to Gujarat.

This whole thing was like a fairy tale. This tale wouldn’t have happened if the Catholic Church through Father Xavier, Brother Vijay and others wouldn’t have made it possible for me.

Immediately after I went to study law, Father Xavier was asked by the Catholic Church to move to South Gujarat. The Church appointed a new director at the centre that Father Xavier had founded in Vallabh Vidyanagar, Anand. The new director was Father Jolly Nakduyal who is both a priest and a lawyer. He supported me immensely as a law student. When I was still in my first year, he visited me at the law school and met with a few of my teachers like a true parent. He has started and runs a school for underprivileged children in Vadodara, Gujarat.

Although Father Xavier and Father Jolly shaped my professional life, they have never asked me to convert to Christianity in spite of them being Catholic priests. They never had any problem with whether I followed any religion or not– they have always loved me.

As Father Xavier was working towards betterment of untouchables in my ancestral village and because there was a Catholic nun living amongst us, the RSS in 1987, concluded that all untouchables in my village were converted Christians.

The fact was that none of us were Christians. We were all Hindus. However, RSS was never concerned about facts. They only wanted people to believe whatever helped their politics.

Hence, RSS organised a reconversion camp in my village in 1987. A number of RSS volunteers from all over India came down and camped in my village for a few days.

Although I was only 9 then, but because I was very confident and because I was able to speak Hindi, I became their freind. That was the time when a Hindu mythological serial Ramayan was aired by the National Television of India– Doordarshan- every Sunday morning.

These RSS people performed a big religious bonfire to reconvert each of us untouchables from Christianity to Hinduism. Thus, we were reconverted without our consent and even though we were not Christians. They videotaped the ceremony and took pictures.They all went home happily believing that they had done a very noble act. They then released pictures and the news spoke about how wonderfully they had reconverted unfortunate Christians back to Hinduism.

They still continue to reconvert people like us and are getting rewarded with loads of votes election after election. Whereas the Catholic Church continues to do the real work they have always done – helping untouchables and tribals find a way out of their miserable lives thrown upon them by the dominant caste Hindus through centuries of caste system.

Rajesh was born into an untouchable family in a village in Gujarat. He currently lives in the UK. He works as a corporate/commercial lawyer. He has obtained master’s in law from Columbia Law School, New York in 2003 and an undergraduate degree in law from National Law School, Bangalore in 2000. 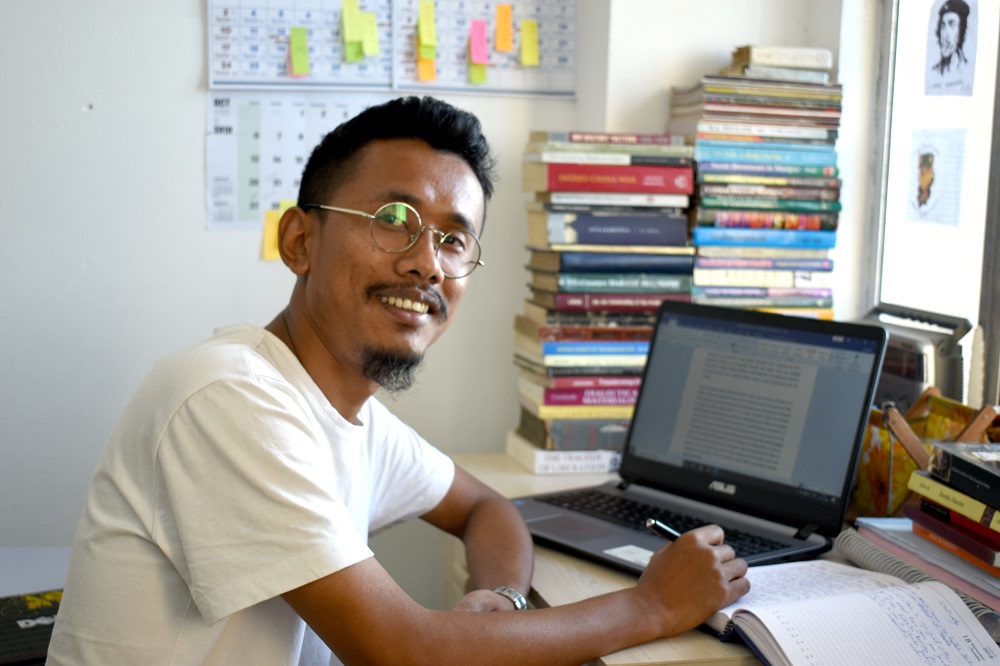 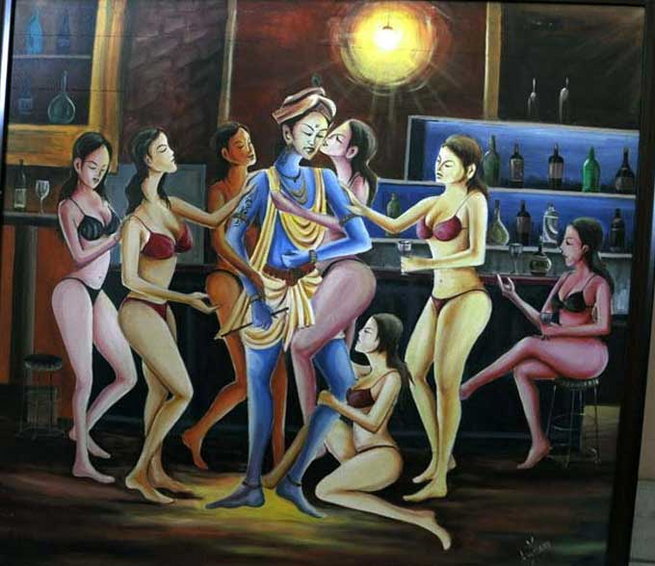 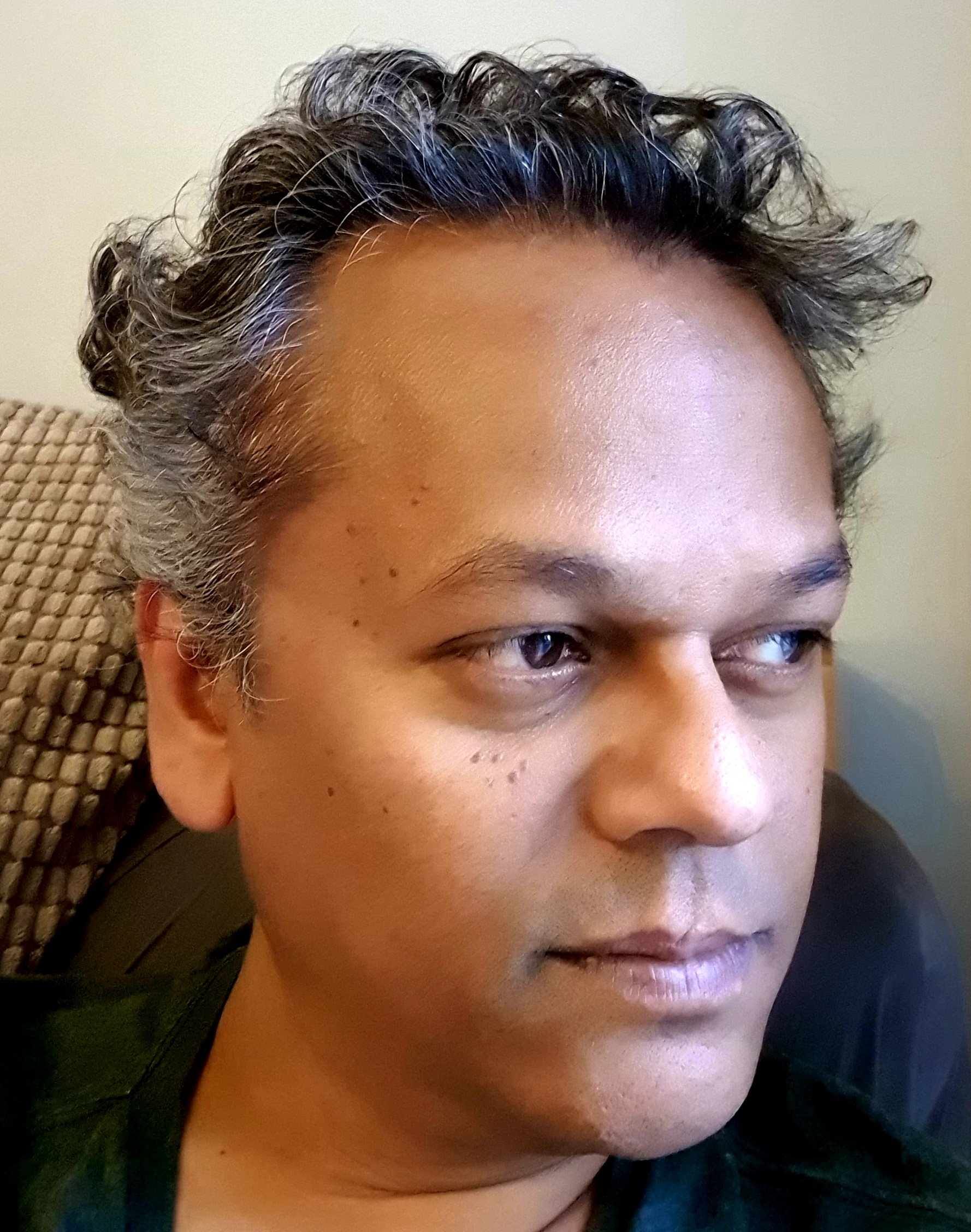