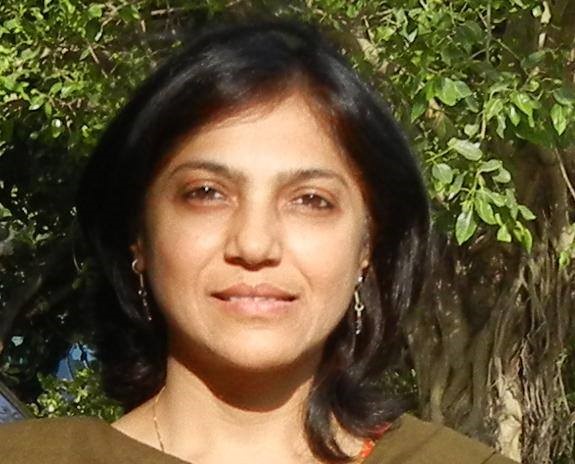 The process of compromising the education system of the Country began in the mid-80s, preceding the Structural Adjustment Program, (SAP), which was introduced in 1991, and continuing throughout the duration of SAP and beyond. A much talked about consequence of this compromise was how the problem of poor Pupil-Teacher Ratio (PTR) was addressed by appointing para-teachers/local teachers/community teachers hired by panchayats. The result was, while the government’s outcome report relating to PTR began to read well to World Bank and other international funders, there was steady decline to the importance placed on qualified and trained teachers as forming the backbone of the education system. The education policies of 1968 (Kothari Commission Report), 1986 and 1992 have all emphasized upon the centrality of qualified and trained teachers in making a strong education system. Already struggling with the educational system, further weakening by this approach dealt the strongest blow on socially excluded communities including dalit, tribal and backward communities of all religions. As per the latest statistics (Census 2011), the literacy rates of these communities including Muslims are around 30% to 40% points behind the highest literacy rate (94%) of the Jains. The SC, ST and Muslim literacy rates are at 66.7%, 58.95%, and 68.5% respectively.

Even before these educationally excluded communities (forming the bulk of the country) could come to pace with the rest of the country in education status, NEP 2019 exacerbates the problem. The NEP 2019, in addition to continuing and hugely expanding the mechanism of para-teachers (called social mobilizers, volunteers, etc, in NEP 2019), has come up with drastic curricular changes, which fully compromise the education system of the country, ending all pretences of educating the historically and educationally deprived dalit, tribal and backward and Muslim communities. One does not know whether private educational institutions in the country are exempted or not from following these curricular changes NEP 2019 proposes. This is not clear in the NEP 2019 document.

The curriculum proposed by NEP 2019 amounts to reducing all of education to skill education: extra-curricular and co-curricular, “be considered curricular”(sports, yoga, dance, music, drawing, painting, sculpting, pottery making, woodworking, gardening, and electric work are all subjects especially at the secondary level, which according to NEP 2019 will be from class IX to class XII). No humanities, science, social science streams, all students will study all subjects, further, “no hard separation of vocational and academic streams,” overall a multidisciplinary approach that replaces the earlier system characterized by ‘curriculum load’ on students and teachers that is involved in-depth teaching of ‘disciplines’.

At the secondary stage, students will study almost forty-eight subjects: “Each year of the Secondary Stage will be divided into 2 semesters, for a total of 8 semesters. Each student would take 5 to 6 subjects each semester.” A careful reading of the policy document suggests that these subjects would perhaps be in the nature of crash courses! These curricular ‘reforms’, according to NEP 2019 will result in, “thinking, creativity, scientific temper, communication, collaboration, multilingualism, problem-solving, ethics, social responsibility, and digital literacy” among students, the ultimate goal of education.

And, above all, it will help the government substantially improve outcomes relating to enrollment and attainment at the secondary and higher education levels of, presently very low in dalit, tribal and Muslim communities. NEP 2019 notes, “According to U-DISE 2016-17 data, about 19.6% of students belong to SC at the primary school level, but this fraction falls to 17.3% at the higher secondary level. These enrolment drop-offs are even more severe for ST students (10.6% to 6.8%), Muslim students (15% to 7.9%), and differently-abled children (1.1% to 0.25%), with even greater declines for female students within each of these URG. The declines in URGs enrolment in higher education is even steeper”. URG stands for the under-represented group.

On RTE provision 12 (1) C, the NEP 2016 draft states that there is “Social Acceptance of Section 12(1)(c)” (page 74). And, goes on to say, “It has been estimated that this provision, implemented so far in 50,000 schools has helped more than 20 lakh students across the socio-economic school barrier that segregates and ghettoises them.” In this context, the NEP 2016 draft also mentions a study by IIM Ahmadabad that found that some educators see quotas ‘as their opportunity to enact their role as social change makers,’ and as a chance for educators ‘to act on values and commitments that they otherwise would not have been able to.’ The NEP 2016 also clarifies, “the Constitutionality of the clause 12(1)(c) of the Right of Children to Free and Compulsory Education Act 2009 is now a settled issue. It was challenged and upheld in the case of ‘Society for Unaided Private Schools of Rajasthan Vs. Union of India, (2012).The Constitutionality of the RTE Act 2009 was reiterated in the Pramati Judgment on 7th May 2014.” NEP 2016 also makes an encouraging point regarding extending RTE provision 12 (1)(C) to minority institutions saying, ” in ‘Society’ the Supreme Court had held that: “since the Article 19(1)(g) right is not an absolute right as Article 30(1), the 2009 Act cannot be termed as unreasonable. To put an obligation on the unaided non-minority school to admit 25% children in class I under Section 12(1)(c) cannot be termed as an unreasonable restriction. Such a law cannot be said to transgress any constitutional limitation” (Para 10).”

Given the aforesaid, it is extremely disheartening to note that NEP 2019 is dilly-dallying with regard to continuing with the important RTE provision of 12(1)(C).

The study, ‘State of the Nation: RTE Section 12(1)(c) – 2015’, regarding implementation of RTE Act provision, 12(1)(C), by IIM Ahmedabad, Central Square Foundation, Accountability Initiative (Centre for Policy Research) and Vidhi Centre for Legal Policy, while recommending implementation of this provision in un-aided minority institutions, also clearly reveals that the 25% RTE reservations are not confined to caste categories SC/ST/OBC and EWS alone. Some states have included orphans, HIV positive children, homeless children, disabled children, children of widows of army-men and handicapped parents, etc, under EWS and DG. Karnataka, for instance, defines 11 categories eligible for 25% RTE (EWS and DG) reservations. While most of the states mention EWS, SC and ST upfront for coverage under Article 12 (1) C, mention of OBC is not found uniformly across states under the Article. Odisha covers children of manual scavengers, homeless children, street children and beggars etc., under ‘educationally and socially backward’ instead of OBC as one would expect, under Article 12 (1) C. Other examples of coverage under Article 12 (1) C: A number of states mention castes under EWS e.g. Karnataka and Punjab. However, Punjab does not place an income limit for SC admissions. Maharashtra covers OBC and SBC under EWS. Rajasthan covers SC, ST, OBC, and SBC under EWS, with income limit. Tripura covers only BPL SC, ST, and OBCs under DG. Meghalaya covers SC, ST under EWS. Jharkhand covers SC, ST, and minority with income limit and so on and so forth. On the whole 12(1)(C) was implemented as EWS reservations, given income limits were defined in majority states for reservations under DG category as well.

NEP 2019 should have streamlined implementation of 12(1)(C), ensuring excluded categories (SC/ST/OBC) constitutionally recognized for affirmative active made up the DG-category and no income limit was set in case of the DG-category. Today we have a situation where UP state has the highest OBC population in the Country but the UP state RTE rules do not consider them for coverage under 12 (1) (C)!

Coaching institutes have become an industry reports NEP 2019 with concern and identifies board exams to be the reason for the proliferation of coaching institutes all over the Country. According to NEP 2019, the problem will be addressed through curricular reforms (reducing the load on children) and improving the quality of teachers. But, the NEP 2019 does not give the time-frame for ending the coaching culture in the country.

Loosening input restrictions of the RTE Act is proposed under NEP 2019. The NEP 2019 states that multiple models for schools will be allowed. Gurukuls, Pathshalas, Madrasas, Home-School, Philanthropic-public partnerships, etc, will all be recognized as schools henceforth.

The RTE Act, 2009, enjoins that children study at the schools (for its many benefits, individual and social) and defines ‘school’ as including government schools (schools established by state and local authority, Central Government schools, etc) and private schools (aided and unaided). Now, these schools are not of equal quality, in-fact there is a hierarchy with Central Schools/Big Private schools at the top and state and local authority-run schools, and medium-sized and small private schools lower down and at the bottom of the school hierarchy. Since education became a fundamental right in 2002, and ever since the RTE Act came into force in 2010 there has been immense advocacy for one kind of school or ‘Common School’ for all in the country, as recommended by the Kothari Commission (the first education commission, 1968).

A result of such advocacy was seen in an order passed by the Allahabad High Court in 2015, which directed public servants including top bureaucrats, to send their wards to state-run primary schools. Even in the case of private schools (both minority and non-minority), it has been observed that founders of these schools and teachers that teach in these schools, more often than not, do not send their wards to these schools, opting to send them to better schools. So, was it charity or business interest for these schools being established in the first place, when founders do not send their children to these schools? Education is a fundamental right and the duty to provide this right falls on the State, which must ensure that all children irrespective of caste, class, creed, sex, and ethnicity enjoy the same right, as in, they study in the same high-quality government schools (Kendriya Vidyalayas).

The NEP 2019 instead of resolving the issue of different types of schools of varying quality, and moving towards the goal of a ‘Common School’, thereby a strong public education system, opens up the door for many more players including madrassas, gurukuls, pathshalas, philanthropic-public partnerships and even one-on-one tutoring to provide formal education to students!

Finally, NEP 2019 proposes “National Textbooks with local content and flavor.” Given the immense diversity of the country, one wonders what this means. Moreover, a ‘search’ done on the document reveals the word ‘decentralization’ used once in the document but does not suggest the involvement of panchayats in education, the word ‘centralisation’ is not used at all in the document but the word ‘National’ and Rashtriya used umpteen times!

Naaz Khair is a development professional working with marginalized communities and groups since 1993. The last 18 years had been about evaluating children’s education projects and undertaking a few studies related to Muslim education. Currently, she is raising development issues entirely from a Pasmanda- Bahujan perspective. 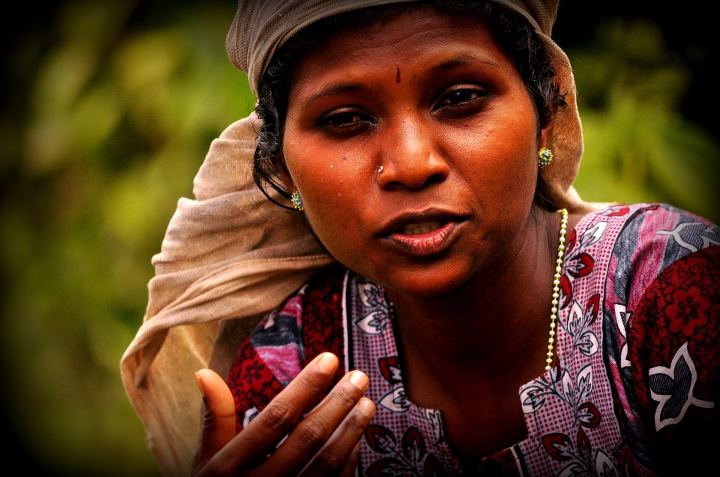