New Delhi:  Names of several women folk poets were systematically wiped off, said Vishnu Khare, well-known poet, translator and critic.He was speaking at the 11th Friday Seminar Lecture series organized by the School of Gender and Development Studies, IGNOU. The topic of the lecture was “The Daughters of Punna and Mutta: Contemporary Women Poets in Hindi”.“The MA Hindi course being taught in our Universities is a Hindu Course. It has not been secularized. We need to hijack Mir, Ghalib , Umrao Jaan Ada into the Hindi curriculum and secularize it,“ said Khare.

Answering the question, who are Punna and Mutta, Khare said that these were the first women poets and their poetry has been documented in the first ever documented anthology of women poets called ‘Therigatha’.

“Thrigatha is a living book. It was written almost 2, 400 years back but it is still being discussed and blogged about today. The tradition of women writing poetry goes back atleast 37,000 years.”

Speaking about women poets from Meerabai in the medieval age, to the Marathi women poets to the contemporary women poets, Khare commented, “The names of several women folk poets were systematically wiped off! Bhakti movement is a political movement, a people’s movement and the Dalit uprising can be traced to it.”

“The first mentionable name in modern poetry was Mahadevi Varma in the 1920s. She brought up the theme of Brahmanism , caste system and patriarchy through her poems . She was also the first woman poet to write about dalits, servant class and women.

“After Mahadevi, Indian women poetry went through a decline which lasted till the 1960s/70s. However, there are at least 35 good Hindi female poets today, like Savita Singh, Anita Verma, Katyayani. These women poets express a quest for identity through their poems,” said Khare. 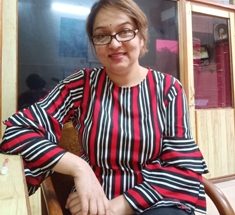 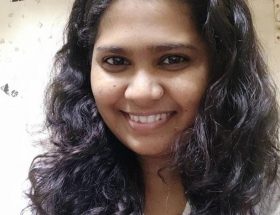